Kelly’s Wish – Our Mission Is Complete

I’ve heard people for years talking about how they’ve changed from wanting to be the one doing all the hunting, to enjoying other peoples’ success even more than their own.

I wasn’t sure I would ever really feel that way. I love to hunt and doubt that will ever change, but recently I’ve come to fully understand how the joy on someone else’s face can truly outdo your own excitement when hunting. Take Kelly for example. She was granted any wish in the world she wanted from Wishes & More and she chose to come hunt with me in Illinois.

Last year I didn’t know her that well, but I could tell she was a sweet girl who loved to hunt. We hunted together for youth day in IL and then I invited her back to Golden Triangle Whitetail once again for the firearm season. After hunting hard and putting in our time Kelly went home without her buck. We were lucky enough to get her a doe and turkey, though the bucks kept their distance.

Fast forward to this year – Kelly and I have become very close friends. We keep in touch at least once a week if not more and I love hearing her stories of how things are going. This year Kelly was too old to hunt the IL youth season so I invited her down for a crossbow hunt right before the peak of the rut. I knew this would be a great time and wanted Kelly to desperately kill a buck. I would have been willing to trade all my deer from the entire season just to ensure she got a buck of her dreams. 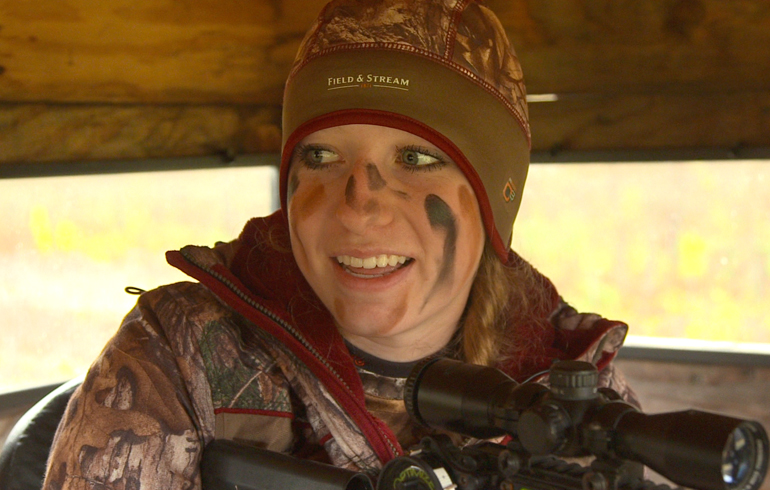 After several days on stand hunting, Kelly hadn’t had too many deer come within archery range so we decided to change things up a bit. We added my Dave Smith decoy to the mix and what a plan that was! This decoy is a posturing buck that looks incredibly real. 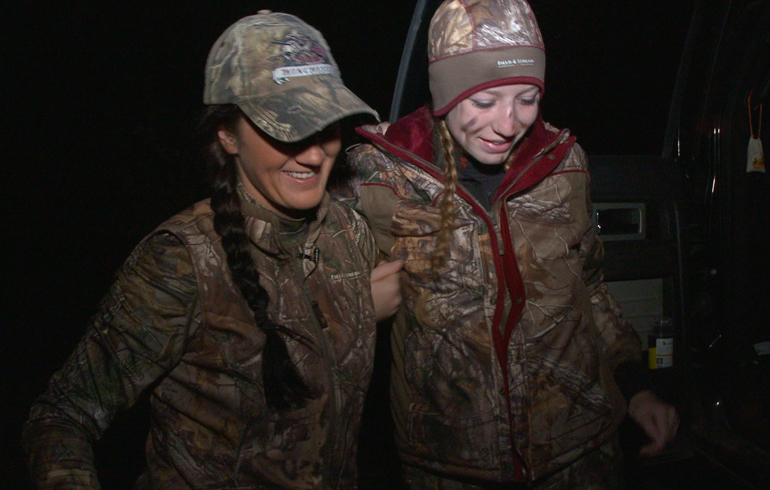 We put the decoy out at 30-yards and Kelly crawled up into her box blind which we’ve name the Princess Castle because it’s one huge box blind! That evening Kelly and her dad Vern were seeing deer everywhere. They were chasing, starting to rut and finally a mature buck came walking into her decoy all stiff legged and put on quite a show. Kelly was able to pull herself together to make the shot. The deer didn’t leave the field and I couldn’t have been happier for her. 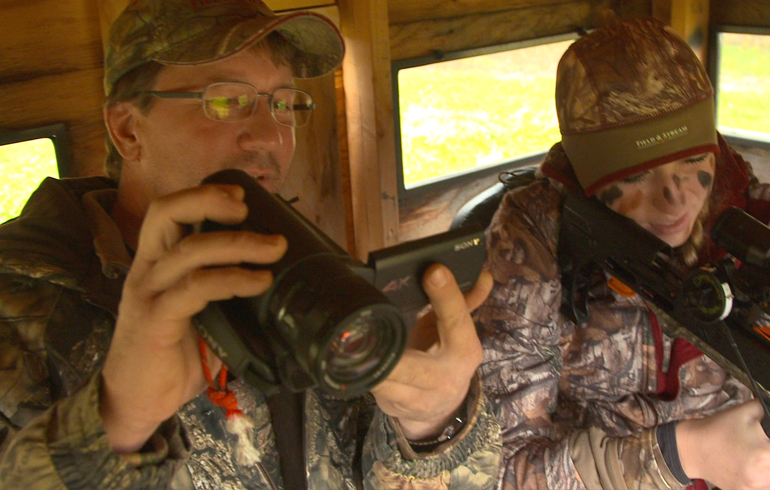 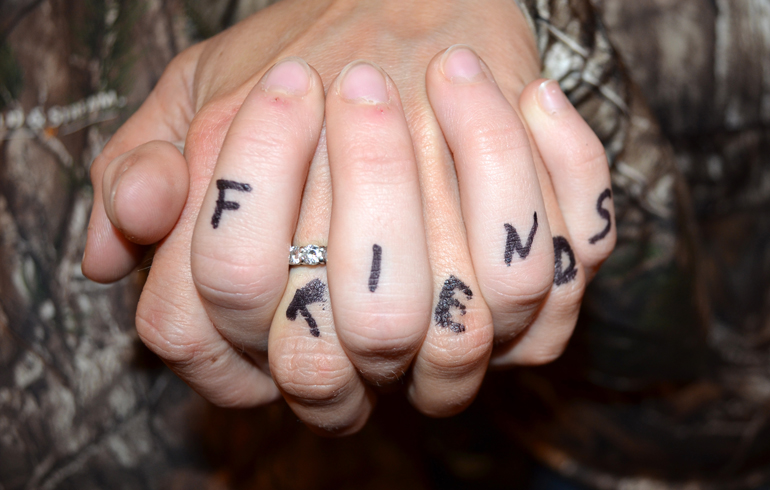