Other than the occasional deli sandwich, most of us only think about corned beef around St. Patrick’s Day. Green beer, corned beef and cabbage and a few aspirin before bed means we’ve survived another bad excuse for poor eating and...

…drinking behavior until Memorial Day weekend. I don’t think that the majority of us really know what is involved with “corning” a hunk of meat.

You may not know that “corning”, or more accurately called “pickling” can be done with any antlered game meat or waterfowl. Actual corn plays no part in the process.

I don’t think that the majority of us really know what is involved with “corning” a hunk of meat. 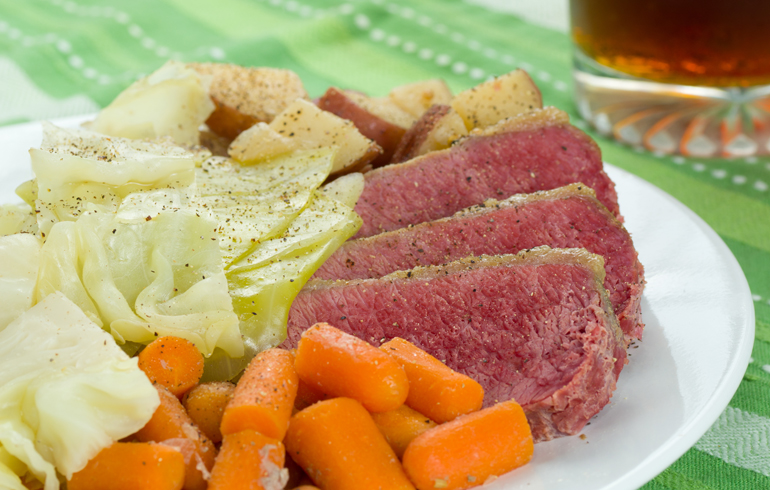 You may not know that “corning”, or more accurately called “pickling” can be done with any antlered game meat or waterfowl. Actual corn plays no part in the process. The term “corned” comes from an old English word for large, hard grains of salt, but I’ll forego the history lesson and get to the corning. The cool thing about the process is that corned wild game tastes very much like the corned beef you buy at a sandwich shop. Sliced thin and pile high on toasted rye bread with sauerkraut, Swiss cheese and thousand island dressing, it’s a Rueben sandwich. Chopped and pan-fried with potatoes, peppers and onions – corned beef hash, topped with a fried egg, of course. 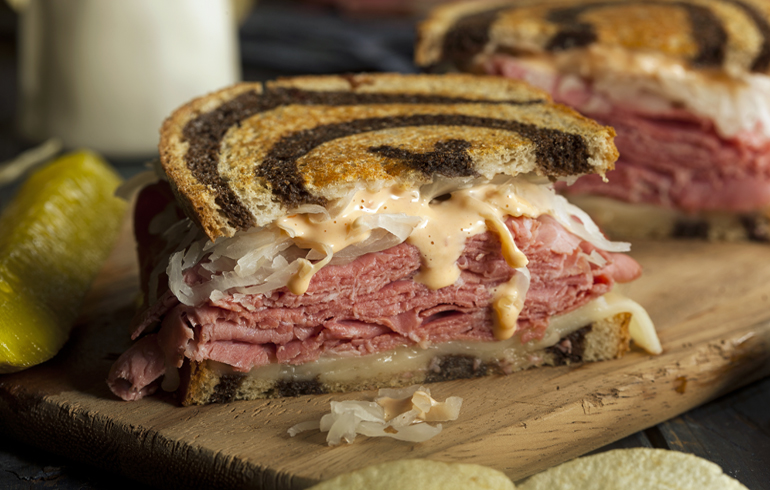 There’s no shortcut to corning meat. It must be submerged in a solution of water, sugar, salt and curing salt for as long as it takes for the liquid to penetrate the meat. The curing salt is the part that scares most people away from trying to turn honkers into hash. It contains sodium nitrite and sodium nitrate that inhibits bacteria and, most importantly, gives the cooked meat its distinctive pinkish-red color. You can corn meat without sodium nitrite, but the gray color can be a bit off-putting to some people. You can find curing salts like Prague powder (pink salt) online or at some butcher shops. There’s a good chance that you’ll find Morton Tender Quick at the grocery store. 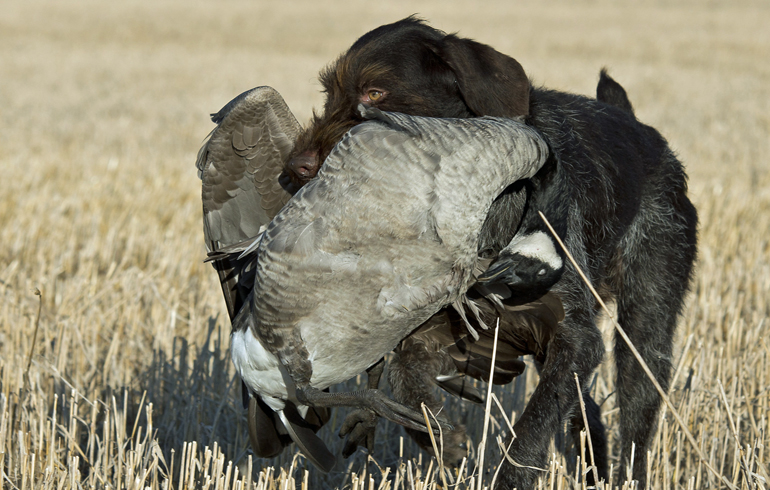 Brine ingredients can be adjusted to suit individual tastes, but don’t mess with the ingredients that are necessary to penetrate the meat and cure throughout. If you want to see if the meat has cured long enough, cut a piece in half and see if it is a lighter shade of pinkish red throughout. If the center looks more red than pink, it hasn’t been brined long enough. Properly brined meat has a consistent color from the outside to the center. 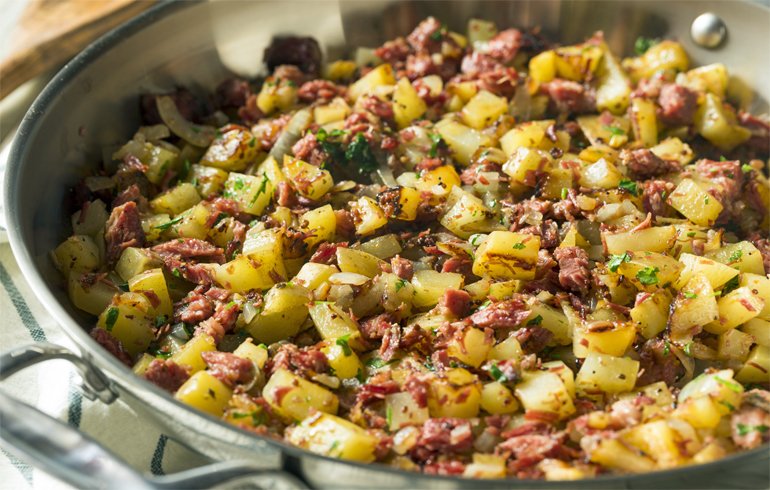 Once brined and cooked, your goose breasts are simmered for several hours until tender. If it’s not tender, keep simmering. It’ll happen eventually. Use as you would corned beef. Once the meat is done, it can be sliced for sandwiches, served as traditional corned meat, cabbage and carrots or chopped for corned hash.

The same brine works for any waterfowl or antlered game. This is a dry rub/brine. Other methods of corning combine spices, salts and cures with water. Keep in mind that larger hunks of meat like venison roasts will take longer to properly cure than waterfowl breasts. If you don’t have a scale to weigh the game, 2 cups equal about 1 pound of meat.