Deer Season XP, Winchester’s Perfect Deer Load. A plethora of rifle offerings have been made over the decades for deer and big game, but this year, Winchester has released a new load that is whitetail specific.

Deer Season XP was not designed for deer and larger, thicker-skinned and heavier boned animals, it was developed for the thin-skinned 200-250 pound buck whitetail deer. Whitetails can be tough animals when hit with marginal shots, and one thing we all hate is a long tracking job, so the engineers at Winchester set out to produce a whitetail specific load that would drop deer in their tracks. After all, that’s what we all like, right?

So how did they achieve this, and what are the keys that make this a perfect whitetail load? First, we need to look at the bullet construction. Deer Season XP is topped with an Extreme Point Bullet that was designed for knock down and good penetration. Those are the two factors that are most important for quick kills on whitetails. 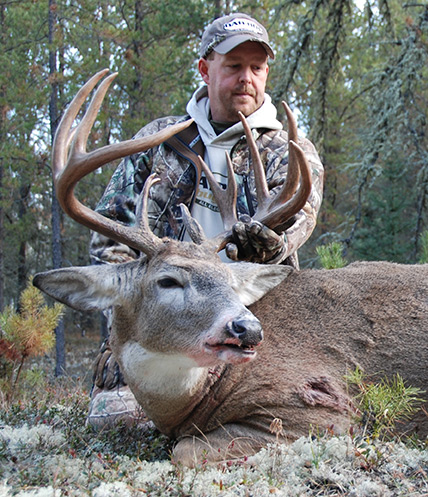 The Extreme Point Bullet dumps all of its energy into the deer on impact. It has an over-sized polymer tip that reaches farther back into the bullet itself and has a large diameter, so on impact this creates a much larger and flatter front section of the bullet. This expansion happens in the first five to six inches of penetration and causes quick energy transfer and massive trauma. This is what knocks deer off their feet.

What I especially like is even though the bullet expands quickly, it does not fly apart, and it penetrates well on whitetails. Bullets will often exit or at a minimum be found just under the skin on the far side of an animal. This means total penetration, and that is very important, especially on a big buck.

The loads are very accurate due to the overall streamlined profile and polymer tips creating a high ballistic coefficient, and Deer Season XP is available in eight of the most popular deer calibers ranging from .243 to .300. They all will do their job well, but I am a big fan of the 150-grain .30-06 and .300 Win Mag offerings.

One thing that we will all like is a premium ammunition built for a specific purpose at an incredibly fair price. Check out Winchester’s Deer Season XP at your favorite retailer, you are going to love everything about “the perfect deer ammo”.