Being an avid whitetail hunter, I’ve become a very patient hunter and often times will sit from dark to dark throughout most of the fall.

However, when given the chance I’ll take a spot and stalk style hunt any chance I can get…especially for big muleys! One of my favorite mule deer destinations has become the Sandhill region of Nebraska where I hunt with Deer Meadows Outfitters year after year.

The Sandhills have a plentiful supply of mule deer and if you hunt it right, the wide open areas can be a huge benefit. Sure it can be hard to stalk at times, but the open areas make it very easy to setup and glass long distances. One thing I’ve learned over the years it to be extremely patient on spot and stalk hunts. Most people think of it as constant walking, but you really want to make your stalks count. The last thing you want to do is tromp through your hunting area blowing everything out. We try to crest each hill as if our mule deer was just on the other side. This way, we take our time and figure out where the animals are. 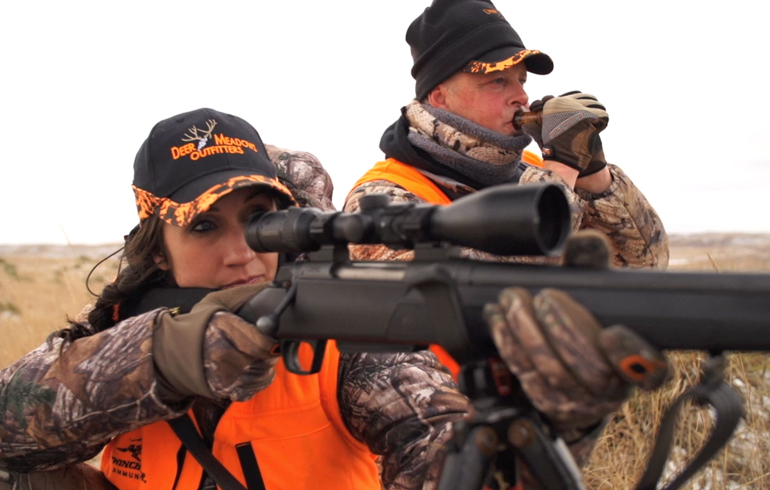 We also spend a lot of time glassing before we ever start walking. On this hunt we spotted a beautiful buck that we wanted to stalk, but he was in an area that was simply impossible to get close to with the wind and terrain. Instead of trying and potentially busting the entire group out, we decided to wait and watch them from afar. Sure it wasn’t the easiest conclusion to come up with but it definitely paid off. We never got a chance at him that day, but the following day we found in him another area and got the perfect wind to make a close stalk.

After a long and slow stalk we were in position and could see numerous other deer bedded in the same area. The smallest buck on top started to get a little uneasy after seeing some movement so he decided to move on – we figured the rest would follow shortly. Scott, the outfitter, decided to try his mule deer call in hopes of drawing that bigger buck out of the draw and within range of a shot. The call itself is a very soft and really peaks their curiosity. As soon as he hit the call a couple more deer came out and stood broadside at 80-yards. This was helpful as I assumed the bigger buck would do the same. Finally, the last deer to come through was the buck we were after and he too came out looking for where the call was coming from. He stopped at 80-yards giving me a perfect shot opportunity. Being on the ground and knowing that our patience and persistence paid off really made this hunt even more rewarding. One of the good parts about hunting using a spot and stalk method is you’re constantly changing your game plan and coming up with new ideas to make your hunt successful. When you’re hunting from a tree you’ve already done your homework and positioned your stand accordingly, but I love adapting and making changes on the fly. 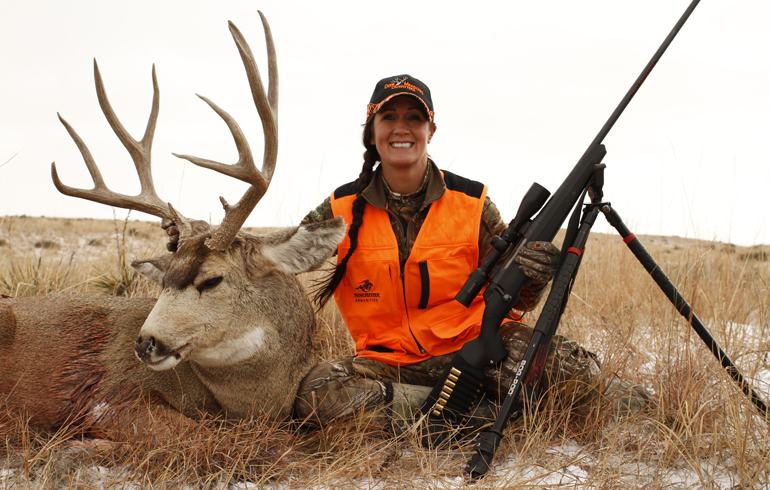 This was one of my first hunts using Deer Season XP in the field and it performed incredibly well. I had an 80-yard broadside shot and the bullet made a complete pass through but created a devastating wound channel. I was shooting a .300 Win. Mag in a150 grain bullet and was truly impressed. 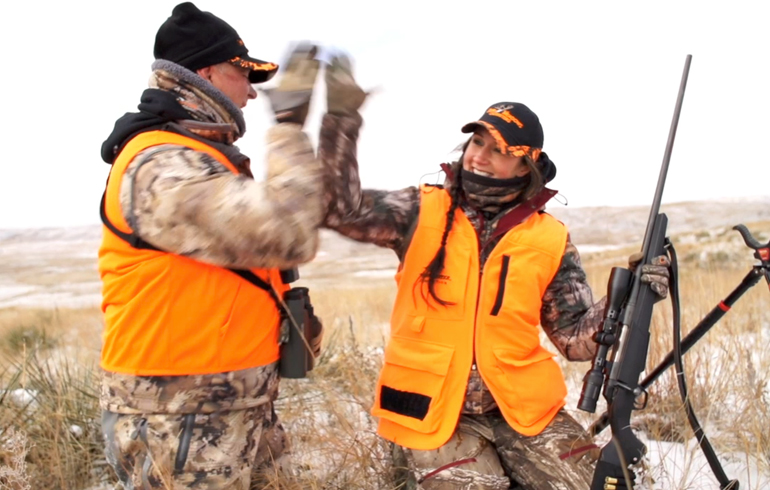