There are certain views that are truly priceless to wake up to; every morning in the Yukon had one of these views.

As we were floating down the river we would find a good area of visibility to hunt for moose, setup camp and hunt in that vicinity for a few days. The river was great to use as a navigational tool, but we were spending most of our time out of the boat, walking through the thick willows and trying to find high points to gain a little elevation.

During the peak of the rut most bulls come down to the lower areas where the cows and calves are gathering. Bulls do all they can to gather these cows and calves. Once they have them rounded up they push them up to the higher country and attempt to keep other bulls away. The tough part once you decide to do a river trip is you’re really committed to hunting down low. We weren’t seeing any animals on the first 5-days of the trip fearing the bulls may have already taken the cows up high. 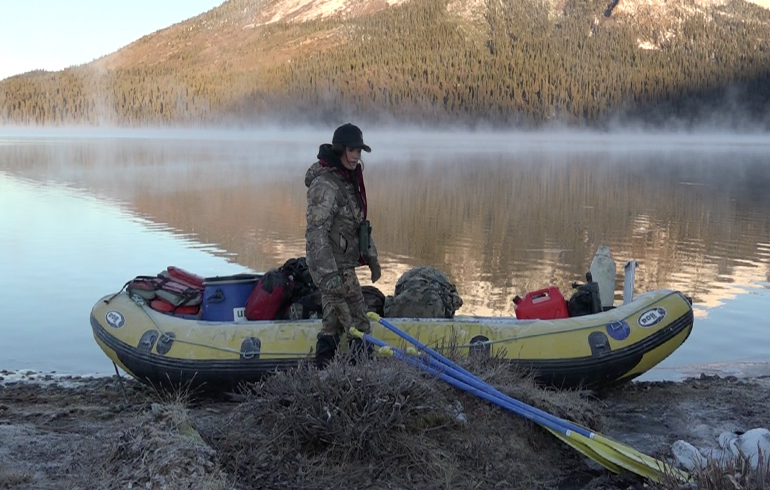 As we continued along, we were running into extremely cold mornings. Sub zero temps while sleeping in a tent can really change up a morning routine! We were all toughing it out and enjoying the experience even with the lack of game sightings. The weather is always a factor – the cold was tough, but for 2-days we had such high winds that we could hardly paddle down the river. The winds were pushing our rafts so much that it was actually taking us up river instead of floating down. This was my first time experiencing white caps on a river, but it just meant we all had to paddle harder and hope that the wind wound soon die down. 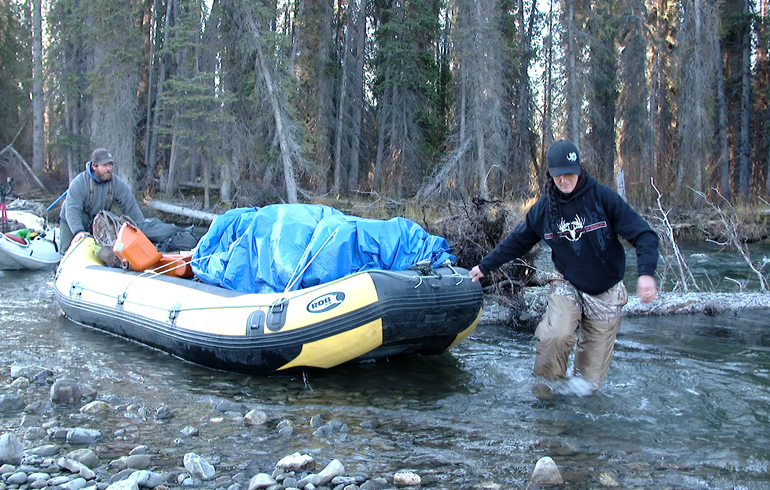 The river is a great waterway, but unfortunately we knew there would be a possibility of running into sweepers, or big trees that had fallen into the river. The trick would be to see these in advance so we could maneuver the raft around to shore and allow us to cut them down with our chainsaws. We did well for the most part, but one huge tree had fallen right around a corner and caused one person to fall in the freezing water. We all had life jackets on and he was able to get dried out without freezing, however this is where things can get really dangerous fast and reminds you of how powerful the river and cold can be. 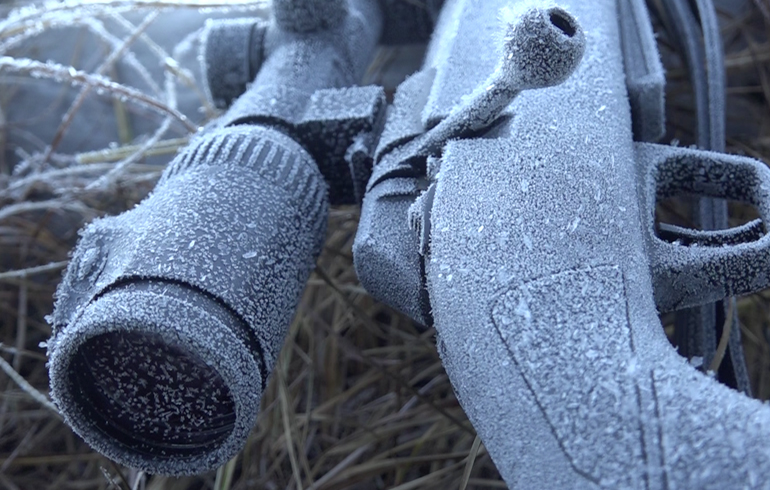 Toward the end of our trip we spotted a grizzly several miles away feeding, but after putting in some time in the spotting scope realized this was a sow and decided to continue on down river in search of a moose. My main goal on this trip was to harvest a moose, however if I ran in to a grizzly or caribou I also had tags and would be thrilled with either species. 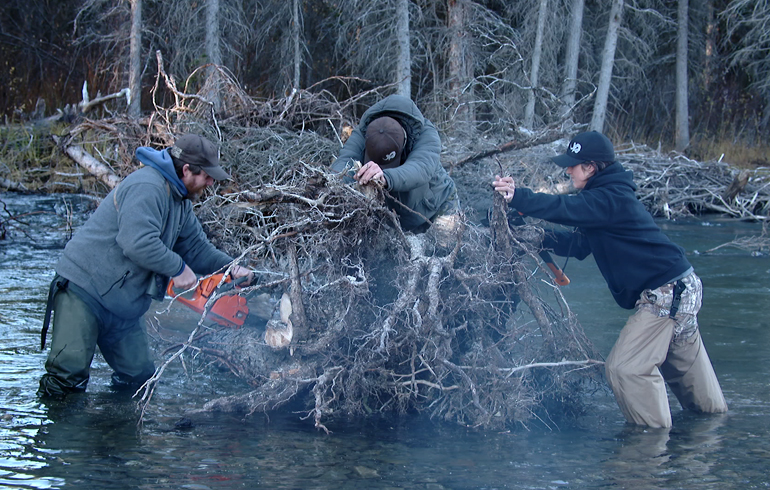 As the days came to an end the mornings became even colder causing all our gear to be totally iced over each morning. It was actually beautiful to see all the ice configurations, however it made for a mess trying to thaw everything out each day. As we rounded the last segment of our river trip we were planning on getting picked back up by the floatplane at a big lake and wanted to arrive a little early to hunt that area as well. After rounding the last bend we came to an opening and spotted a cow and a calf feeding in the water. This really lifted our spirits, as this was the first moose we had seen and gave us hope that the last few days hunting around the lake could be really productive. 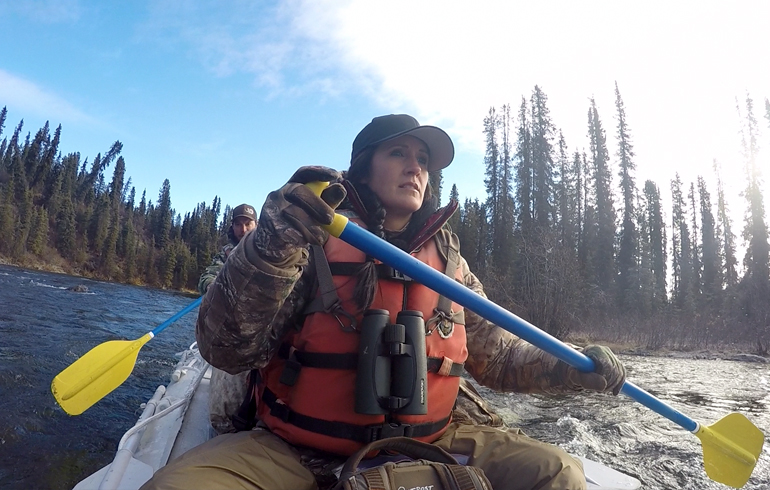 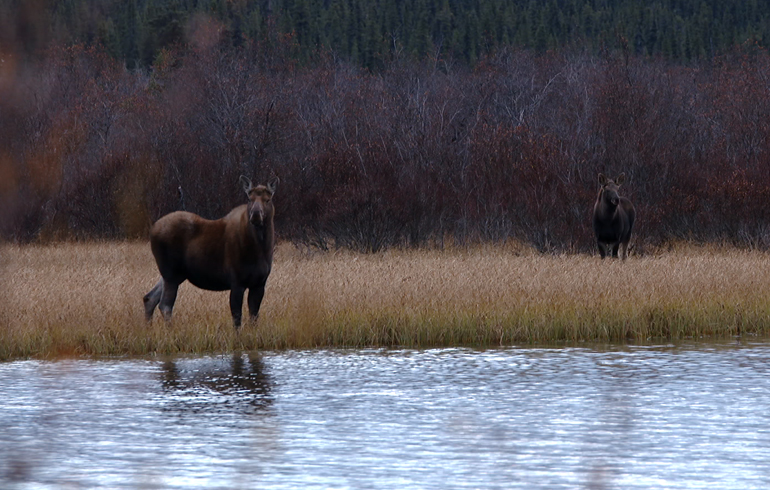