Ammo/Gun- When it comes to hunting the rut, there are a few states that allow gun hunting and one of them happens to be my home state of Minnesota.

If you’re lucky enough to hunt deer during the rut one of the most important choices you can make is your choice in ammo and a gun. I’ve been using the Winchester Deer Season XP. It’s offered in a variety of calibers, and honestly the perfect ammo for deer. It was made with only one thing in mind, and that was to take down a deer the quickest way possible. 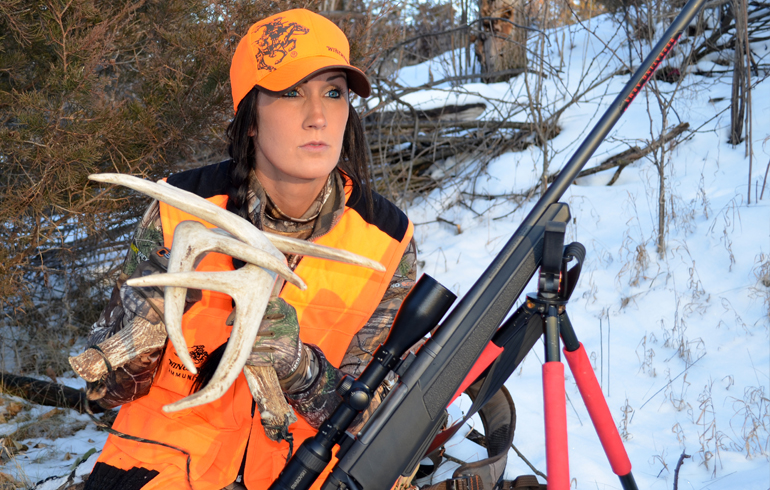 Scents/Sprays– I believe staying undetected in the woods is extremely important. I spray all my gear down with Wildlife Research Center’s Scent Killer Gold prior to heading out. Next I like to use different scents around my stand such as Golden Estrus Xtreme and even put scents on my decoy to make a more realistic setup. 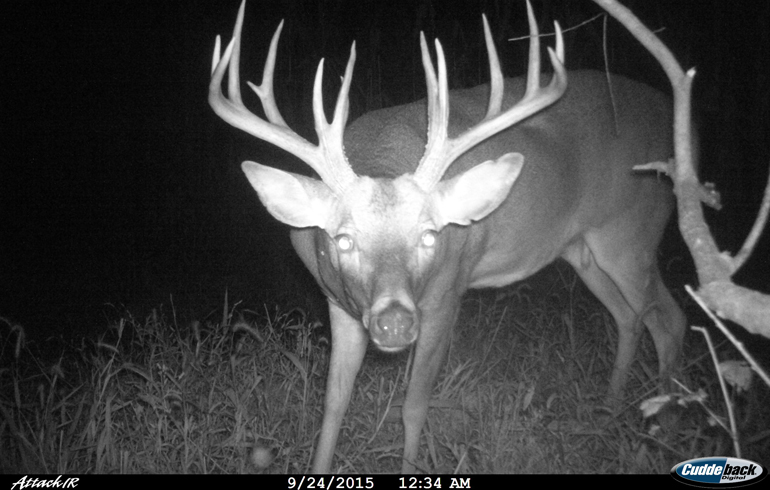 Rattling Antlers/ Grunt Tube- There is nothing more exciting than bringing in a deer because of what you’ve done, whether it’s perfect stand placement or if you have called them in. During the rut I never go to the stand without my rattling antlers and grunt tube. I don’t go overboard with calling. In fact, maybe only once or twice a day but it can be unbelievable how well it works. The key is making it realistic so before you begin smashing the antlers together, start out by doing just a couple soft grunts. That way if there is anything close that you may not see you won’t spook it off by an all out fight right away. After a couple grunts I’ll usually go to a doe bleat. Then back to a few grunts followed up by a snort wheeze. This shows a fight is about to begin. I’ll then hit the antlers together and rake any bushes near by or run around if I’m on the ground. This will keep it very realistic and the most important part is to be patient after you do this setup. 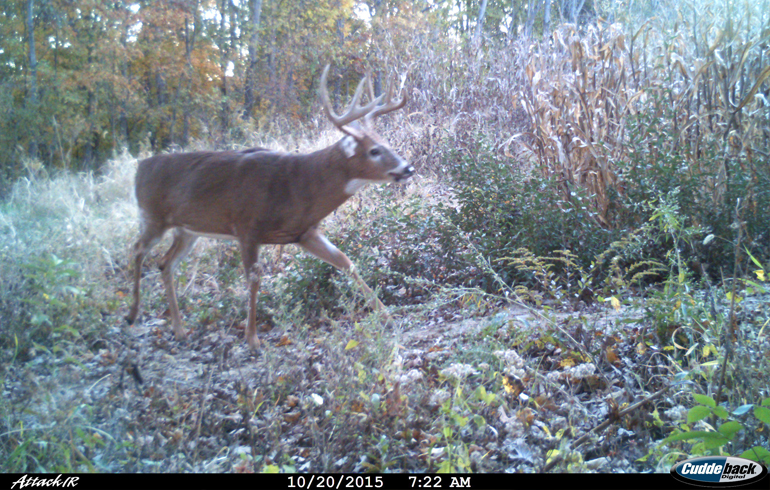 Trail Camera– None of us can be two places at once so one thing I love to do is have my Cuddeback’s out on a variety of other stands, rubs, scrapes etc. This way you can watch for the transition from your bucks being nocturnal to finally getting daytime pics. The first daytime pic I get of a big buck is usually when I’ll move in to that stand location. Over the years I’ve found two times that big bucks go from nocturnal to daytime movement. That’s usually during the rut and late season when they need to eat.  Use these two times to your advantage for the best chances of success. 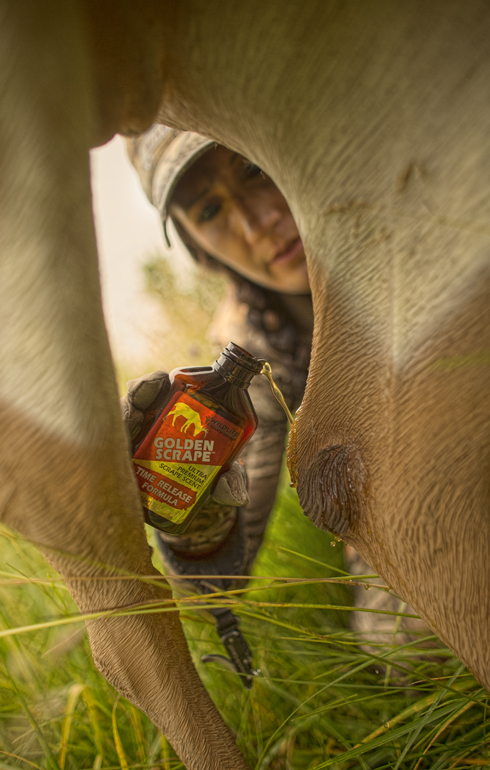 Good Apparel for Wind, Rain & Cold– Ensuring you have good apparel that will keep you warm in dry is extremely important. I’m a firm believer of sitting dark to dark to minimize the pressure on an area but to do that you have to be comfortable. Hunting during the rain isn’t usually super effective, however those minutes immediately following the rain can be amazing so the only way to get that is to sit through it. Without gear that keeps you warm and dry not only will you be miserable, you’ll be moving around and hurting your chances.