Alberta and the eastern plains of Colorado have long been known for big mulie bucks, but there are some sleeper areas that have been flying under the radar like South Dakota and western Kansas.

There is nothing like a dark antlered Rocky Mountain mule deer emerging from the timber on a snowy morning to get a hunter excited, but quite honestly over the past decade or so, some of the best mule deer hunting in North America has been found in more open or prairie type regions.

Some of these areas have good amounts of agriculture, and some do not, but all of them are producing some BIG bucks in the 180-“-200”+ range. Of course like anywhere, these big old bucks are not in every coulee, but they do exist and with some hard work and persistence, you may find one of your own. 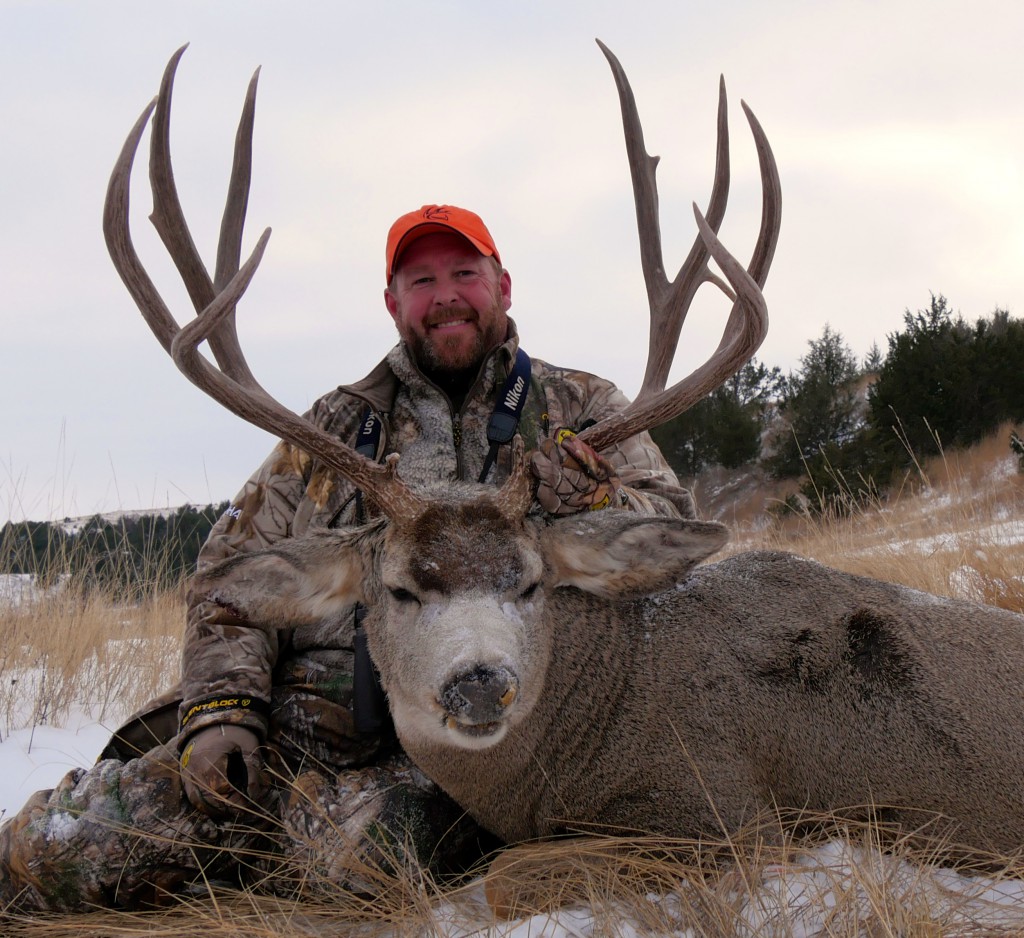 Eastern Wyoming and Montana also have quite a few prairie mule deer, but their herds generally have higher numbers as far as population, but lower numbers of really big, mature deer. Southern Saskatchewan may be the Holy Grail of mule deer hunting, but the regulations there limit only Sask. residents to obtaining the proper tags.

What I enjoy about these hunts is you usually cover a lot of country on either foot, in a truck or on an ATV, and you do a lot of glassing. Deer densities may not be super high, but if you have chosen a quality location, you will see plenty of deer, and get to look at a fair number of bucks on a daily basis. Seeing bucks is fun, period!

The key is not to short change yourself and shoot too early. You need to know what size the mature bucks in your area are and what a really good one is. Going in with unrealistic expectations can certainly ruin a hunt, and if you hunt an area where a 170” 4×4 is considered a very good deer, don’t pass up a 175 if you see him opening morning. Conversely in an area known for giants, don’t take the first decent buck you see.

After five long years, I have finally drawn an eastern Colorado mule deer rifle tag. I have done my research, and I will be hunting on a property that has produced some monsters over the past 5 years. I know that there is a very real opportunity there to take a 195-205” buck. I can’t honestly see myself passing a 190”, but I won’t be shooting a “decent” 4×4. If I go home empty-handed, so be it, but I didn’t wait five years to draw that tag to go shoot a mediocre buck that I could find on almost any unit in the state

Since the country is open, and you can glass deer from long distances, often shots after the stalk are still fairly long with 200-400 yards not being uncommon. My favorite two calibers in these situations are the 7mm and .300Win. Both of these are flat shooting and can go the distance, but they have plenty of power when they get to even a 300-pound mule deer buck.

I will be shooting a .300 Win loaded with Winchester 180-grain Power Max Bonded ammo on my Colorado hunt this fall. This load travels at 2960 fps and holds up very well out to and past 400 yards. The bullet itself is a protected hollow point with a contoured jacket, and its bonded core design really makes it a total package. You get great expansion from the hollow point, but you will also benefit from the superb weight retention and deep penetration that are so important on big animals. When you shoot a mule deer buck at 300 yards with a PowerMax Bonded, you can have complete confidence that your ammo will do its job.

If you haven’t chased open ground mulies, consider giving it a try. Glassing canyons, sneaking behind ridges trying to cut the distance, or crawling through ag fields is a lot of fun, and as stated before, these areas are producing some amazing deer. They may not be as traditional as timber or mountain mulie hunts, but in my book, the pay off can be every bit as good if not better.