It’s Not Over Yet – Late Season Goose Hunting

Many waterfowlers are bemoaning the close of waterfowl seasons across the country, but for those eager to keep their weekends filled with calling and shooting winged game, don’t put that shotgun away just yet.

Many states, with the permission of the U.S. Fish & Wildlife Service (USFWS), are allowed to extend special seasons for problem populations of resident Canada geese and migrating snows, which can boast giant, destructive flocks in the thousands. Meanwhile, other states hold seasons that run all the way from February into May.

In fact, great hunting can still be had in every flyway, particularly along the Eastern seaboard and central parts of the country.

When it comes to hunting the challenging, massive flocks of light geese ravaging fields up and down the country, the USFWS has pulled out all the stops, allowing hunters in many areas (depending on state and zone) to remove plugs from their shotguns, use electronic calls, and eliminating bag and possession limits for unlimited hunting. With so much waterfowl shooting opportunity, a good shotshell is imperative. 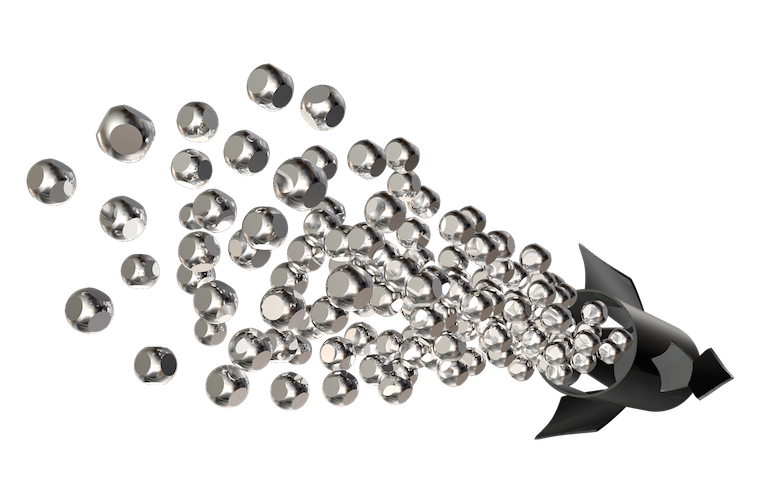 It’s no wonder, many seasoned waterfowlers turn to Winchester Blind Side. Introduced in 2011, the load has developed a strong following of believers who have tested the product first hand. Blind Side’s effectiveness is a direct product of its unique HEX Shot, which is stacked into a specially designed Diamond Cut wad. The stacked cylinder eliminates wasted space found in typical shot cups packed with round pellets. The result—a larger, heavier payload with up to 15 percent more pellets to send airborne in a swarm of little cubes. Cubes with abundant cutting surfaces that also transfer more energy upon impact.

For geese, Winchester’s “Choose Your Ammo” tool, recommends for a 12-gauge shotgun, BB sized-shot loaded in 3-inch or 3½-inch loads. The 3-inch Blind Side Magnum Waterfowl shells are loaded with 1 3/8 ounces of shot, while the 3½-inch load holds a 1 5/8 ounces. In their Blind Side High Velocity offering, they recommend 3 ½-inch shells loaded with either 1 3/8 ounces of BBs or No. 5s, the latter a good option when hunting earlier in the year when ducks may also be on the menu. For late season shots where geese are the exclusive choice, hedge your bets and go loaded with BBs.

Targets can come fast, furious and plentiful when hunting snow geese or resident Canadas and you want to take full advantage of every squeeze of the trigger while you can.