In his time with Winchester, John Moses Browning may be best known for his development of famed rifles such as the Model 1885, Model 94 and Model 95, but he also created the first successful slide-action shotgun about the same time Win­chester started making his M90 slide-action .22 rimfire rifle.

The M93 shotgun intro­duced shooters to the concept of the pump-action. It was super­seded by Browning’s M97 pump. This scattergun was so rugged and reliable that America’s dough boys used it as a trench gun in WWI. Police employed it as a riot gun and waterfowlers found it so deadly that it helped end the era of market hunt­ing while later ushering in the three-shell limit for duck and goose hunting in 1935.

After the M97 came the hammerless and equally beloved Model 12 of 1912, arguably the best pump shotgun ever built. This rugged pump served Amer­ican hunters through most of the 20th century and paved the way for today’s fully modern, equally durable but even faster Super X Pump guns.

While Winchester pumps reduced demand for double barrels, Winchester pressed ahead with engineering and production of its Model 21 side-by-side, producing it in five gauges from 1931 through 1991. In the eyes of double gun aficionados, it remains arguably the finest American double-gun ever made. In the tradition of the M21 came the over/under M101 in 1963, a modern, low-profile design still on the market, now better than ever with back­bored barrels and interchange­able chokes—the same features available on today’s Super X3 autoloading shotgun.

While Winchester engineers were creating new rifle cartridges, they were also modernizing shotshells. They began by selling both all-brass shotshells and brass base/paper wall shells in 1877. By the early 1900s, paper hulls with brass bases became standard. Production continued until 1972. Shotshells became the Winchester-Western brand and innovation really took off. Western had already invented ball powder.

In 1945 they began using the Super Seal plastic cup wad under the shot charge that boosted velocities about 10 percent by keeping gases from jetting through the pellets. This was followed up in 1962 with the Mark 5 plastic shot collar that improved patterns by isolating pellets from bar­rel wall scouring. Plastic hulls came on line in 1964 and the 1965 release of the one-piece, compression-formed AA hull pushed shotshell performance to record heights, used by Amer­ican shooters to win numerous Olympic medals.

Kim Rhode alone has fired AAs to win many of her three Olympic golds and two bronzes, as well as 13 gold, four silver and six bronze medals in World Cup competition. Hunters benefitted from Winchester shotshell technology in 1965 with copper-plated, hard shot buffered with granulated plastic for tighter patterns. Then came the WinChoke interchangeable choke system in 1969, a first for factory shotguns. 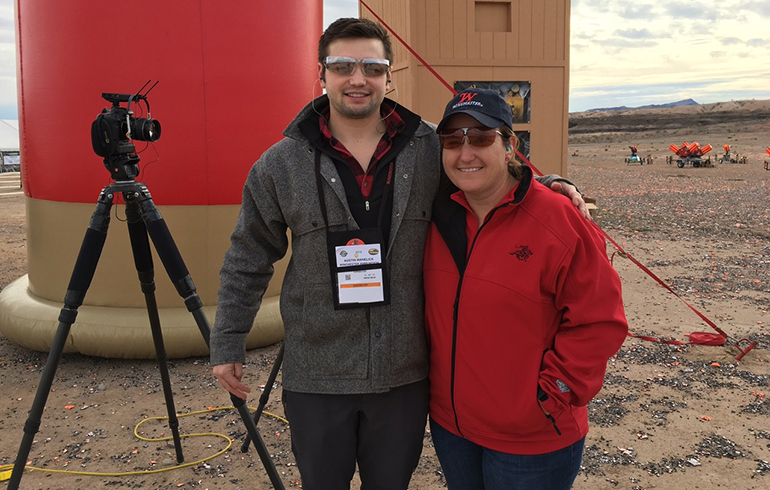