When you’re out spot and stalk hunting there are always obstacles along the way.  The weather, terrain, animals, and yes even the vegetation. On my recent mule deer trip to the Nebraska Sand Hills we ran into more poison ivy than I’ve ever seen.

The ivy literally covered the ground in some locations for as far as the eye could see.  If hunting this area, it was completely un-avoidable.  I would never say there’s a deer worth getting covered in poison ivy, but if there were…this buck would probably be it.  We were chasing a huge 3×4 mule deer with triple brow tines.  He had a ton of mass, huge frame, and just an overall stud of a buck.  Unfortunately, he lived in a 2-mile by 2-mile area that was just littered with poison ivy.

The question wasn’t if we were going to hunt, it became how could we possibly avoid the wrath of ivy.  There are actually some simple steps one can take to help prevent a reaction.  The first thing we made sure of was to wear gloves, long sleeve shirts, and tried to avoid touching any of the plants.  Because of the time of year, all the ivy was turning red so it was pretty easy to see. The next thing we did was come in each day for lunch so we could change clothes, wash everything we had on, and shower in case the oils had come in contact with our skin. 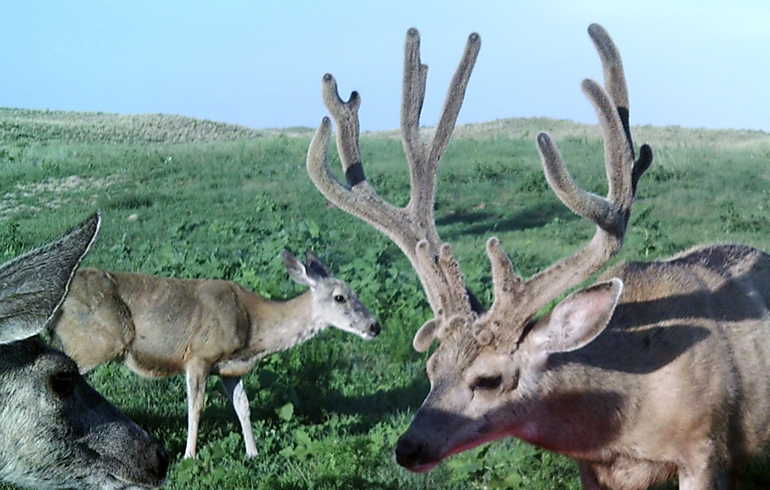 Another important tip many people forget is to remove shoelaces and wash those as well.  This is an easy area to pickup oils as you walk.  The oils can then easily get on your hands when you’re lacing up boots for the next hunt.  Hands are a terrible place to get it, because everything touched can become infected quickly turning into a huge outbreak.

We all took time to go through this each day, and with all the ivy around we were lucky enough to not have any reaction.  The guides unfortunately didn’t have the same luck.  One of the most important things to know is if it gets bad, go to a clinic to get a shot that quickly relieves the rash and itching.  Creams can help, but if it gets bad (or before it gets to this point) you may want to take a break in your hunting and get the shot. 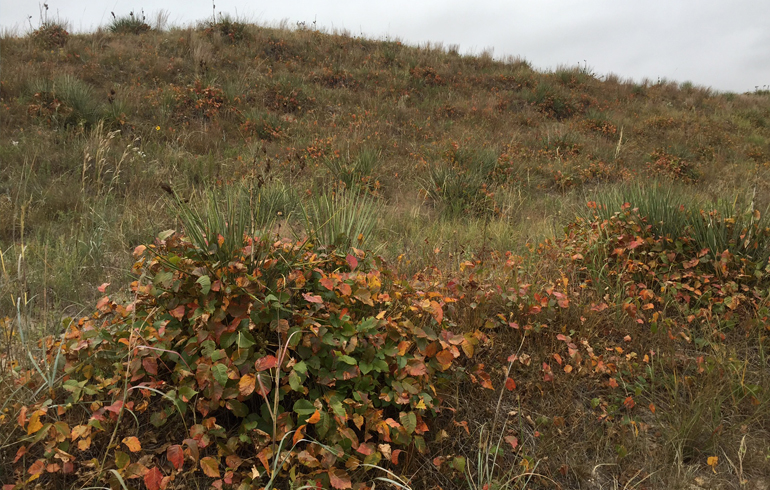 The question I have is can a person really be immune to poison ivy?  I’m outside a ton and luckily I’ve never experienced poison ivy, poison oak, or poison sumac so I did a little research.  There are people out there who can be immune, but not everyone reacts the first time they are exposed.  In fact, some people won’t react until they are exposed multiple times so its hard to know if you’re really immune or not.  I think the best bet is to try and limit exposure. If you do run into poison ivy this fall remember these easy steps to help prevent a lot of pain and suffering and possibly loss of hunting time.

The good part about this hunt was I didn’t end up getting poison ivy, the bad new part is we never did get on that big mule deer…but the good news is I’m heading back in November for rifle season and my Winchester .300 Win. Mag hopefully can do the trick!