Winchester Firearms that Defined a Generation

As Winchester celebrates 150 years as the most iconic brand in the hunting and firearms world, and Winchester Ammunition’s focus today lies in developing the best performing and most innovative loads available, their name was first established for building some of the most game-changing long guns ever seen.

As the company burst onto the scene in 1866, they would go on to change the way soldiers fought and sportsmen pursued game and play a key role in the settling of the West. Here are three of the most iconic firearms of that time—all of them lever-action rifles. Lever-actions represented the cutting edge in repeating rifle innovation during the second half of the 1800s.

Winchester’s iconic image in Western lore is borne from the widespread use of its lever-action rifles of the time—it was an essential tool in the settling of the frontier. The Model 1866 was the one that started it all. Built by a fledgling Winchester Repeating Arms Company shortly after the end of the Civil War, the Model 1866 was the result of efforts to improve upon the lever-action Henry rifle. The Henry had enjoyed some success toward the end of the war by Union soldiers lucky enough to get their hands on one. The Model 1866 brought a number of refinements to the Henry including a wood forend over the tubular magazine, an improved sealed magazine chamber, a right-side loading gate for feeding rounds into the tube and an improved looking and sturdier receiver made from bronze. From this yellowish looking bronze came the 1866’s iconic nickname, “The Yellow Boy.” It also bore a blued octagonal or round barrel. The immediate popularity of this rifle would establish Winchester as the leader in lever-action rifles of the time. 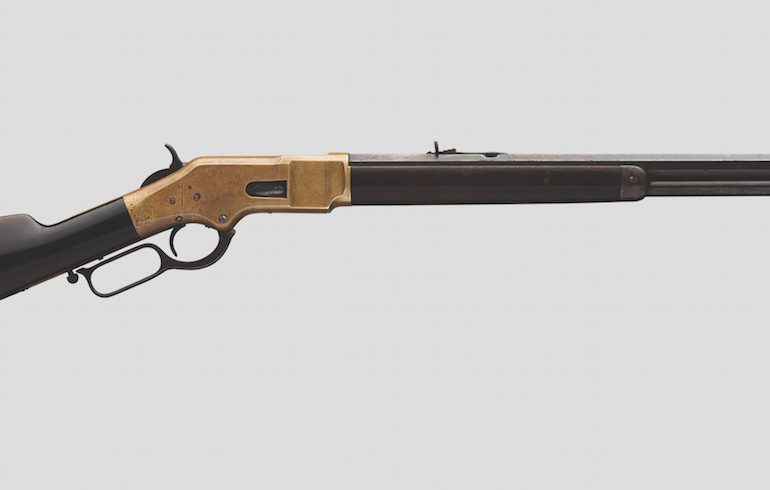 The last quarter of the 19th century saw America’s dream of Manifest Destiny fulfilled and marked one of the most romanticized and celebrated periods in this country’s history. It remains one of this country’s most heralded periods of firearms development as well. Aside from the six-shooter, no firearm is more iconic of this period than the lever-action rifle. Powered by the relatively new smokeless powders and centerfire cartridges, the lever action allowed for rapid follow-up shots and long-range accuracy. From this period, no lever action is more famous than the Winchester Model 1873, known as “The Gun that Won the West.” The Model 1873 was produced between 1873 and 1919, but remains one of the most sought after collectibles today. The rifle was originally chambered in .44-40, followed by .38-40 and .32-20, which were all popular handgun cartridges allowing for a cowboy of the day to shoot the same ammunition from both his rifle and his handgun. 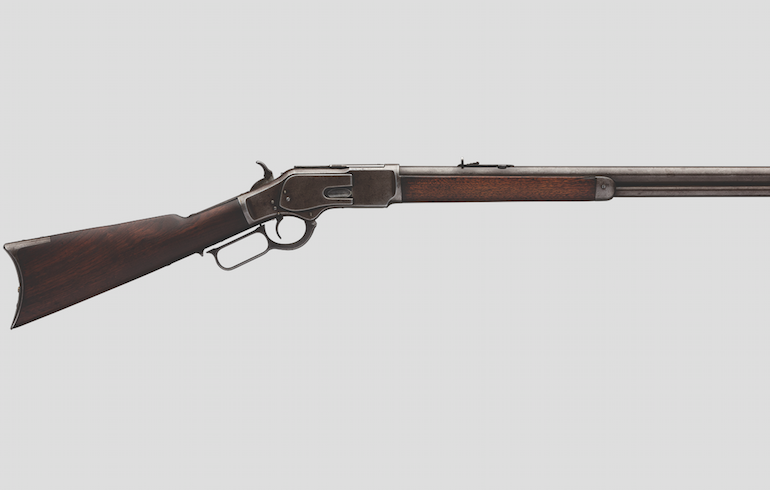 While the Winchester Model 1873 may be “The Gun that Won the West,” the Model 1894, developed too late to see any real Western action, was the lever-action that took the hunting world by storm. It marked the first Winchester developed expressly for smokeless powder cartridges and boasted a stronger action than its predecessors, which allowed it to handle the hotter burning and more powerful cartridges being introduced. One such cartridge was the .30 WCF (Winchester Center Fire), introduced in 1895 and also classically known as the .30-30 Win. In fact, the Model 1894, which is without peer in sales—more than 7.5 million rifles sold and counting since its creation in 1894—is synonymous with the .30 WCF, a cartridge credited with taking more North American big game than any other cartridge in history. 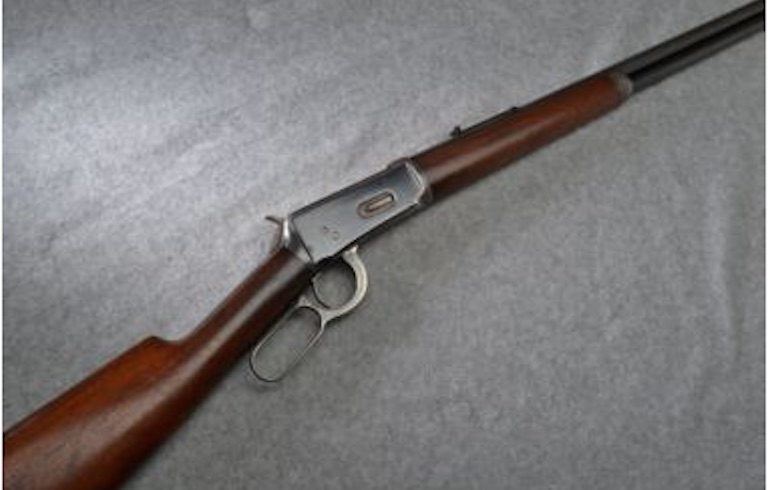 For a complete view of some of Winchester’s most iconic developments in the last 150 years, click here.