Give Small Gauges for Small Game a Try…They’re both Super-Fun!

Most big game seasons are now one for the record books and even waterfowl, except for some late goose seasons, are already a memory. So what’s a hunter to do?

Rekindle your love for hunting for the mere sake of hunting and spending time outdoors—try a late-winter small game season. And while most small game hunting articles point sportsmen toward the merits of the 22 Long Rifle or other tack-driving, rimfire calibers, I’m still a fan of the all-purpose scattergun. But no need to go in over-gunned with the ubiquitous big-bore 12 gauge.

Small game hunting is where small gauge shotguns shine in the field and bring to your efforts a level of challenge similar to planting a soft-lead rimfire round in the precise target area presented by a tree-scrambling squirrel or grazing rabbit. For such hunts, the .410 bore and 28-gauge shotguns are both a true joy to shoot. 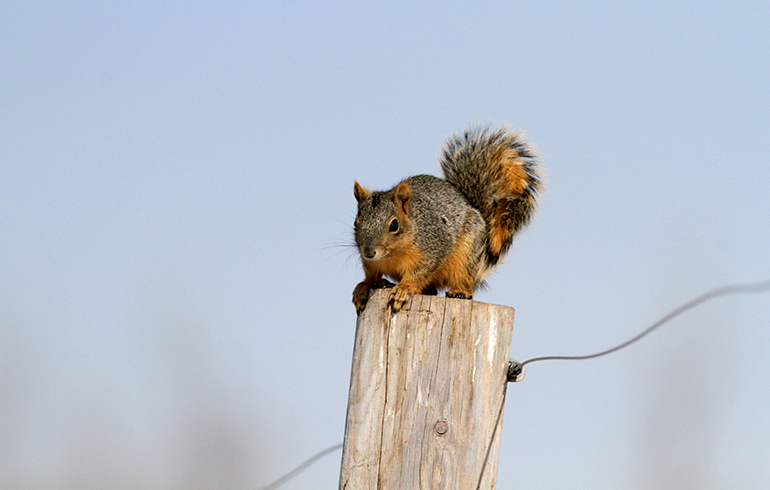 Low recoiling, lightweight and ideal for running or moving targets, small gauge shotguns are fun to shoot and at moderate distances do a great job on squirrels, rabbits, and upland birds if wingshooting is more your thing (yes, in many places seasons for grouse and quail linger well into the end of February or early March). When it comes to the .410 (technically a bore and not a gauge), the diameter of the shell in relation to the length make it a tough patterning load that is best kept at distances of 30 yards or less.

Because of its designation as the smallest shotgun gauge available today, the .410 is often mistakenly considered a kid’s gun. But because of the relatively low pellet count and correspondingly smaller, less dense patterns, it takes a relatively decent shotgunner to score repeatedly with the .410. In this instance, the 28-gauge is a deal better—still light recoiling, easier to carry, smaller in its stock and length dimensions than a 12 or 20 gauge, but with slightly more shot and better patterning. (A 2¾-inch 28-gauge shell holds a max of 1 ounces of shot compared to a longer 3-inch .410, whose max shot loading is on ¾ ounces.)

Regardless of gauge of gun or age of hunter, taking to the woods this time of year helps break the sportsman’s midwinter boredom. And toting a small gauge shotgun in search of game that doesn’t need to be aged on the hoof or identified as mature enough to take reminds us all of the simple joy of hunting for hunting’s sake. Isn’t that enough?