As I write this blog, I’m about a week away from my first deer hunt of the season. By the time this blog posts, I will hopefully have bagged, processed, cooked and consumed at least part of an early season deer.

I’m headed to the central coast of California to shoot a blacktail deer on their opener, the second weekend in August. I’m told that it’s the earliest rifle season in the country and I can’t find any evidence to the contrary. The temperature is supposed to be right around 100 degrees, which is about 40 degrees warmer than what I’m used to on an early deer hunt. So, what’s the best way to handle a warm weather animal in the field?

Ice…and lots of it. Not cold water where there used to be ice…ice. To keep my ice frozen, I use ice extenders like Arctic Ice. They keep the ice lasting much longer, especially when the weather is better suited for dove hunting than a deer hunt. A good cooler is essential. The farther you have to travel, the more efficient should be the cooler. Tossing your deer into the back of a pickup for the drive home or to the processor is just plain stupid. Even worse, stop by your friend’s house to show him the big buck you just killed. Hey, what’s that smell? 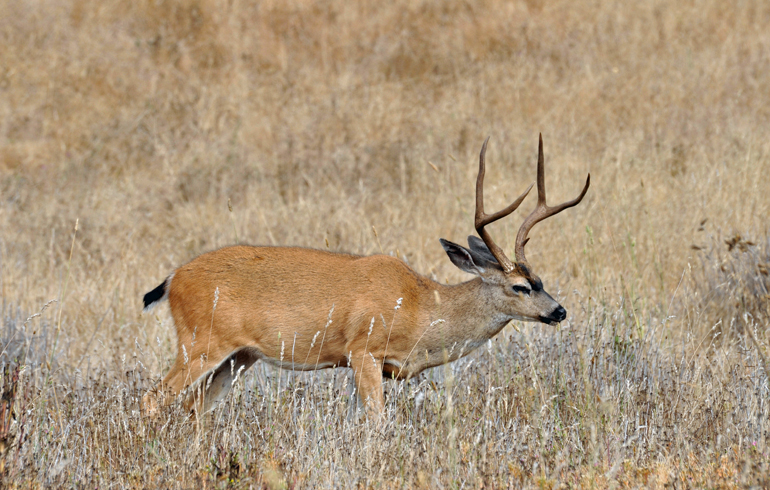 David Draper, a good friend and newly crowned Editor at Petersen’s Hunting, in a recent interview with Wired to Hunt, was asked about how he processes meat in warm weather. Here’s the short version of Draper’s tips: 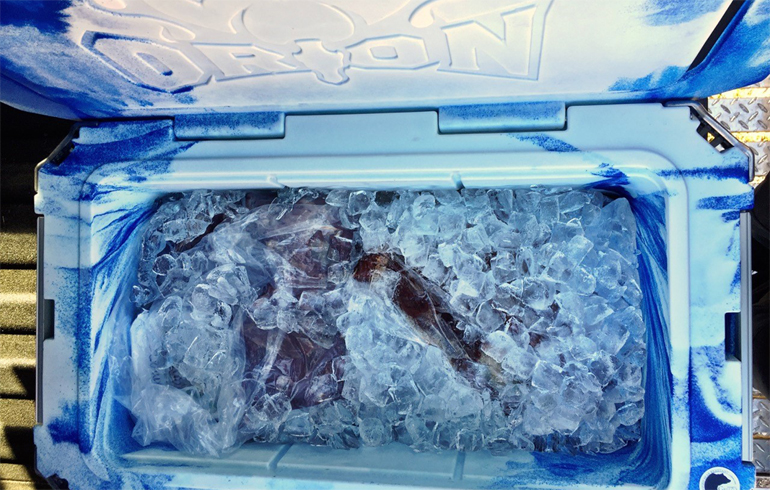 The danger zone for any meat is above 40 degrees. That’s when bacteria that can both destroy the taste of your animal and make you sick do what they do best. Carry a thermometer to determine whether your deer is cooling fast enough. When it’s warm outdoors, it takes much longer for it to cool completely. If the ice is melting quickly, stop by the store, drain the excess water out and repack with ice. It’s always best to carry along a second cooler with backup ice.

Once you get your deer, elk or any other large critter home, don’t even think about taking a nap until you’ve got it wiped clean and ready to process. If you’re using a commercial processor, you can drop it off and take that nap. If not, get to work breaking the animal into smaller parts. I much prefer a sharp knife over a saw to remove hindquarters, shoulders and other large parts. Bone fragments add unpleasant flavors to the meat when cooked. Follow the bone with a sharp blade to remove each joint and you’ll find that it’s much more efficient than a hand or band saw

If you don’t have a garage refrigerator with space available, you can age the large parts in a big cooler loaded with ice. Pack the bottom third with block ice and place the parts on a rack or in a pan above the ice. Swap out the ice often and use your thermometer to make sure the temperature is in the safe zone, between 34 and 40 degrees. With today’s super-coolers and ice extenders, the process is much more efficient. Besides, my wife just can’t seem to get used to opening the garage fridge to find deer parts where the chardonnay used to be.