But for many buyers a lot of questions surround not only which firearm to purchase, but primarily, what caliber it should be. Here’s a look at the pros and cons of many of the top defensive handgun calibers available.

9mm – By far one of the most popular all-around calibers for concealed carry and defensive use. Offers a great balance of power, portability and capacity.

Pros: Accurate, reasonable power without excessive over-penetration concerns, moderate recoil makes it easy for all shooters to handle and ammunition is some of the most readily available in stores anywhere. Gun models are available in super compact designs that rival the .380 in weight and size, while full-size models are made to accommodate high capacities with magazines sometimes holding anywhere from 13-17 rounds.

Cons: Some defensive purists argue the caliber falls a little on the light side, with borderline stopping power, particularly where heavy clothing might come into play.

.380 ACP – The .380 has long been a popular, compact option; considered the baseline for a self-defense gun.

Pros: Light recoil, super compact for minimal imprinting and better concealment. Because of its size, it is easy for anyone, particularly smaller shooters, to pull the slide back. A great summer carry firearm when people are wearing minimal layers of or light clothing.

Cons: The .380’s stopping power is challenged by many within the self-defense community. Also, it has minimal capacity, usually 5 to 7 rounds and is seen moot since the advent of compact 9mm, which have more power and can be near the same size as a standard .380.

.38 Special – Once the carry caliber of law enforcement departments everywhere, the caliber has suffered in popularity with the refinement and capacity advantages of calibers more commonly available in semi-auto configurations.

Pros: A revolver, .38-caliber handguns can be much simpler to fire for less experienced or trained shooters. They can also be easier to take to battery for smaller, weaker shooters who struggle to pull the slide back on larger semi-autos. Ammo is readily available and relatively inexpensive.

Cons: Revolvers have limited capacities (usually only six shots). Revolvers also recoil more than semi-autos. The round is seen as light on penetration, but is enhanced by the availability of more powerful .38+P loads.

.357 Mag. – The magnum version of the .38 Special, the diameter is the same, but the case is slightly longer to allow for higher pressures and prevent the cartridge from being loaded into a pistol chambered for .38 Special.

Pros: More stopping power than the .38, but .38 ammo can be fired from a gun chambered for .357 making practice less expensive and helping the shooter experience less recoil when using .38 loads. 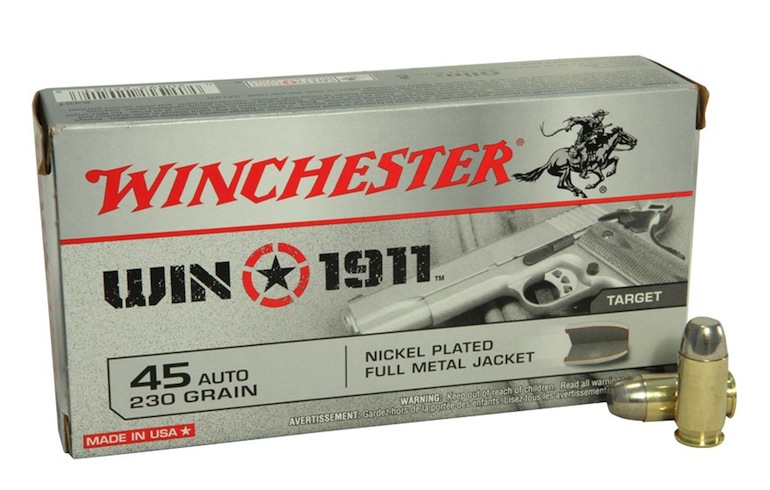 Pros: Due to its popularity, ammunition is easily available. Winchester even makes matched loads for training and carry that makes practice less expensive but provides identical performance characteristics. Chambered for semi-auto handguns that often provide more capacity than revolvers. Again, stopping power is superior to all other loads on this list.

Cons: Less round capacity in handguns chambered for 9mm (typically), increased recoil and because of the size of the rounds, gun models are often slightly heavier and bulkier than some smaller caliber guns when it comes to concealed carry considerations.