A New (and better) Twist on Stuffed Turkey and Duck Breasts

To most people, stuffing a turkey or duck requires cramming an assortment of fruits and vegetables into the cavity of a whole bird prior to roasting or grilling.

The stuffing allegedly draws out the evil spirits and adds a fruity and, um…vegetably flavor to the cooked bird. I’m not buying it. Oh, I’ve tried stuffing my turkey and ducks a number of times. It just didn’t seem to make a difference. I know some of you are going to keep doing it the way you’ve always done it. For the rest of you, I’ll continue.

The next time you set out to stuff a pair of breasts in the traditional manner, try this. Stuff one and don’t stuff the other. Cook them both to the same internal temperature at the breast, ideally around 125 to 130 degrees. Ask a few friends to tell you which breast tastes better. No cheating now. Maintain a poker face. I think you will be surprised at the results. In my experience, folks can’t tell the difference as long as the turkey or duck wasn’t overcooked. The stuffed bird takes longer to cook and the outside of the breast is more likely to overcook by the time the inside of the breast is done (medium-rare). 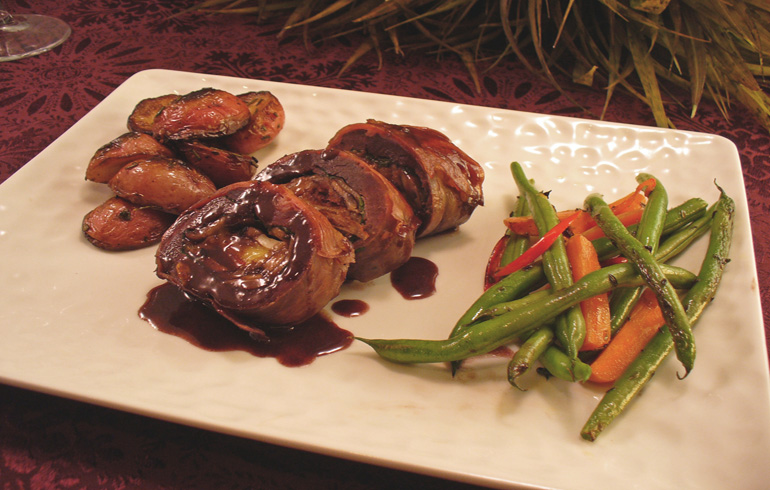 If you really want to stuff a turkey or duck so that you can actually taste and enjoy the stuffing, try stuffing the breasts only. Remove the breasts from the body, place them on a flat surface and use a sharp knife to cut a “pocket” into the side of the meat. Make an incision about one-inch-wide and work your sharp knife into the breast, but don’t poke through any other spots on the breast. If you do, it’s not a catastrophe. Just be careful. The idea is to have a small opening and a large pocket inside.

You can probably think of a bunch of things to stuff into a turkey or duck breast, but take care not to overstuff it. If you try and pile too much into the pocket, it will take too long to cook the stuffing and the breast might overcook. If you want more stuffing, cook it alongside the stuffed breasts.

The stuffed breast recipe below combines the flavors of earthy mushrooms with cheese. In this case, blue cheese. If you don’t like blue cheese, use something you do like. Whenever I stuff something with cheese, I add some breadcrumbs to keep the molten cheese from gooshing out onto the pan while cooking. Whether you leave the skin on or off is your choice. 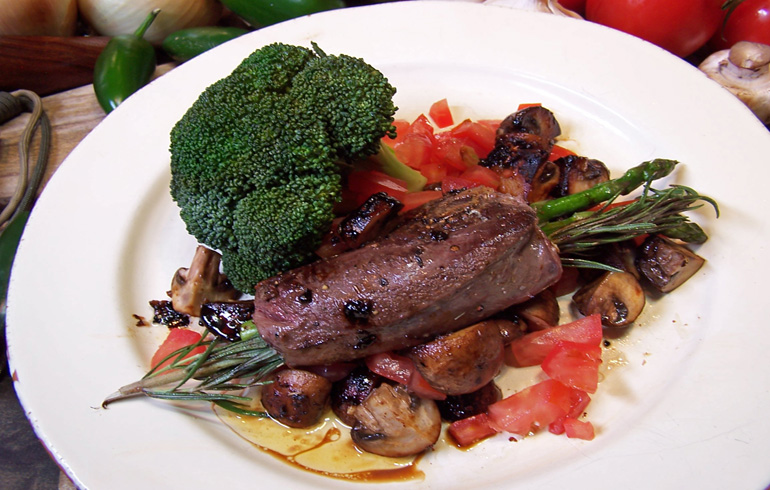 Turkey or Duck Breasts with Mushrooms and Blue Cheese

Before starting any recipe, it’s always best to soak the breasts for several hours in a brine solution of 1/2 gallon water mixed with 1/2 cup Kosher or any coarse salt. It replaces any trace blood with brine, adds flavor and moisture and the duck will cook quicker. See below for soaking times: