It’s never a bad idea to hunt with a “bigger hammer.” Unless that makes you miss. Large diameter, heavy bullets punch bigger holes and tend to penetrate more deeply than lighter bullets. But neither deer nor elk are tyrannosaurs. If you can drop them with rifles that don’t drop you in return (with painful recoil), why put up with it?

The happy truth, though “bigger hammer” enthusiasts hate to admit it, is that plenty of mild recoiling rifles have proven deadly on deer for decades because most of us can shoot them more accurately without flinching. Here’s why:

Bullets kill by hemorrhaging or by interrupting the central nervous system. Sever the spine or hit the brain and it’s all over. Hit the heart and/or lungs — the organs that supply fresh, oxygenated blood to the brain — and blood pressure drops within a few seconds, rendering the animal unconscious. Technically brain cells die after about 10 minutes without oxygen. 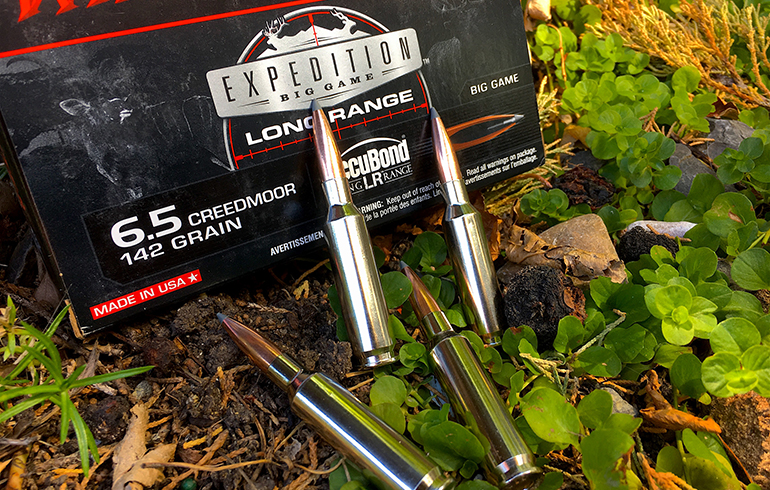 You don’t need a 500-grain bullet from a 458 Winchester Magnum to do that. As too many poachers have proven, a 40-grain 22 Long Rifle bullet at 1,200 fps can kill a deer instantly. This doesn’t mean we should be hunting deer with 22 rimfires, but suggests a variety of light recoiling centerfires can also do the job. They won’t hit as hard as a 300 Winchester Magnum, but they’ll provide more than enough penetration and bullet expansion to initiate the tissue destruction necessary for a quick, clean kill. Equally important (and possibly more important), mild recoiling cartridges/rifles help recoil sensitive hunters shoot more accurately. Placing a small bullet in the vitals is always better than misdirecting a larger bullet other places. Recoil is the downfall of many shooters, men as well as women, adults as well as kids, heavyweights as well as lightweights. There’s no shame in admitting and owning this. Kudos to everyone sensible and brave enough to admit they don’t appreciate the recoil of big magnums. A tip of the hat to everyone smart enough to hunt with a rifle they can handle properly. But what, you might wonder, are some suitable “light recoil” cartridges? How does a 243 Winchester, for instance, compare against the kick of a 270 Winchester or 300 Winchester Magnum? First we must recall that for every action there is an opposite and equal reaction. The heavier the bullet and the more powder that pushes it and the higher the muzzle velocity, the higher the “kick.” But the heavier the rifle — and this includes the weight of the scope and sling and any rounds in the magazine — the less the felt recoil at your face and shoulder. The opposite and equal reaction of the departing bullet and powder gases is partly absorbed by the rifle’s weight. Whatever’s left then tries to slap you around. By knowing all these factors, we can calculate free recoil energy and velocity. So let’s do that for several well-known cartridges and you can compare relative numbers. We’ll use a total rifle weight of 8 pounds as our standard and use Winchester’s factory bullet weights and muzzle velocities.

Fire any of the above in a heavier rifle and all felt recoil goes down. In lighter rifles it goes up. Better recoil pads and muzzle brakes can moderate this. Now, what about terminal performance? As a general rule, the lighter the bullet and lower the velocity the less tissue damage it will do. It will penetrate less and create a narrower or shorter wound channel than heavier, faster moving bullets of the same construction. Don’t overlook this bullet construction issue. Softer bullets like the Ballistic Silvertip and Deer Season XP designed to expand quickly usually penetrate less than harder bullets like the Power Core or AccuBond CT. But softer bullets also create wider wound channels. If you use a softer, more frangible bullet, try to park it just behind the shoulder in that heart/lung pocket. Harder bullets like the Razor Boar XT, Power Core, AccuBond CT and E-Tip can be punched right through the shoulders. They’ll often continued through, leaving an exit hole for easier blood trailing. One final tip: because light recoiling rifles are so easy to aim and fire precisely, take your time and go for the perfect shot. This will compensate for any real or perceived deficiencies in caliber, velocity and “bigger hammer” syndrome.