I love interacting with whitetails. In my book, rattling is one of my all-time favorite tactics. There are a couple simple reasons for this. Mainly because it's fun and effective, but like anything there are tips and tricks that can be utilize to deliver the best results

Time of Year – Over the years, I’ve had the most success with rattling during the peak of the rut. However, that’s not the only time it works. Pay attention to what is happening, and take of your surroundings. Study the behavior of the deer you’re hunting while on stand. See how they interact with each other and take note.

If bucks are fighting, posturing to each other, grunting, snort wheezing or whatever else, take this into account and try best to replicate it. Whitetails are incredibly curious, so you will be amazed at the effectiveness of rattling during a vast timeframe. 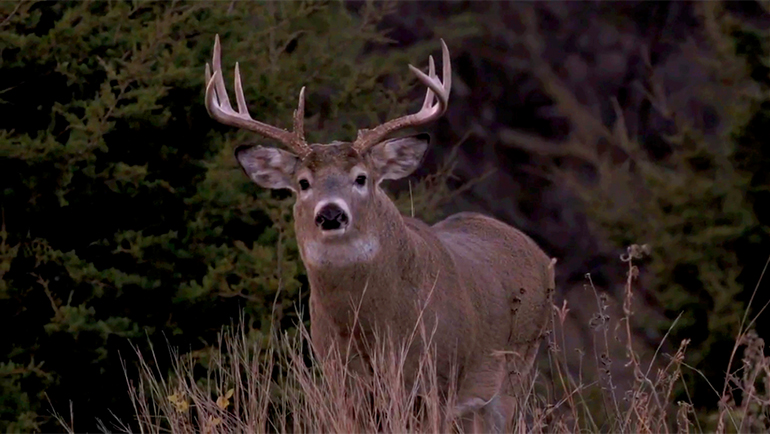 Real Antlers – My opinion – real rattling antlers put out the absolute best sound. But if using a set of sheds, make sure to saw off the brow tines! If you don’t do this, you will end up smashing thumbs and wishing you had taken the time to saw them off. I have a big set of antlers I have always used for rattling. I know, I know…it’s heart breaking to take a great pair of horns and saw off the brow tines, but the sound you’ll get from a real set of antlers you’ve harvested makes sweet music.

Location, location, location – When deciding where to rattle, the best advice is to look at a piece of property and try to determine where big bucks may be bedding. I like to make certain wind is in my favor, then slowly ease my way into the bedding area. This is a great way to draw big bucks out without having to go in that area yourself. Simply setup on the perimeter and let the deer come to you. 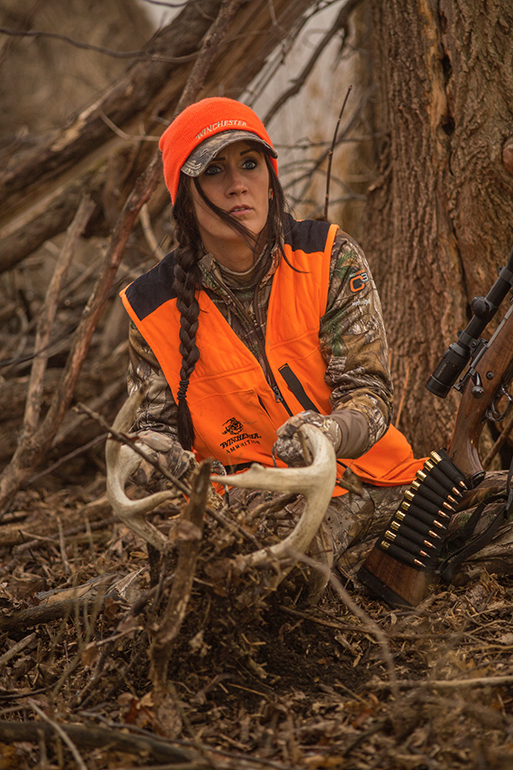 Wait longer than you think is needed – When a rattling sequence is over, make certain to stop and wait. Don’t rush or push thing; patience is certainly a virtue when it comes to rattling. The sound of antlers crashing together can be heard from quite a distance. Make certain to give deer time to come to the direction that they have located the rattling sound. This may mean 15 to 20 minutes, but it’s well worth the time. The other important piece of this puzzle to know that not every buck will come charging in. Many times they’ll sit on the perimeter and try to get a visual. Usually if they don’t see anything, curiosity will get the best of them. But again, make sure to be patient. What you don’t want to do is draw a nice buck into a setup and leave too early before he has arrived. You don’t want the buck to bust out and start associated rattling with humans and danger.

Be ready and stay hidden – I always hunt with a set of tripod bog pods. This is super important when rattling. First, the tripod is an easy and continent way to hold the gun up while rattling. Next, as soon as the sequence is finished it is extremely important to hold completely still and to be prepared. I get right down on my sticks and am ready to shoot at a moment’s notice once I have identified a nice buck as a shooter. Remember, bucks are coming into rattling searching for where the fight is taking place. Movements need to be kept to a bare minimum and utilizing shooting sticks really helps with this. Lastly but certainly not least, always choose a good location to setup with as much back cover as possible. I generally don’t like to have a bunch of brush in front of me because I’m afraid it will get in my way. However, I always ensure good back cover behind me to keep me hidden

Don’t get depressed…stay upbeat – Smaller, curious bucks may come into the setup. This means they will often times stare you down (or the location they have pinpointed the sound coming from) and may eventually spook off. If this happens, the setup is not blown! So many people think it’s over and leave – this could be a missed opportunity. Use that small buck running off as a live decoy and start the rattling sequence again. When a fight happens small bucks will come in and get run off most of the time. Sometimes, this is the realism that is needed to draw a big buck in. Why? Because now he believes the fight is real and wants to investigate/participate. 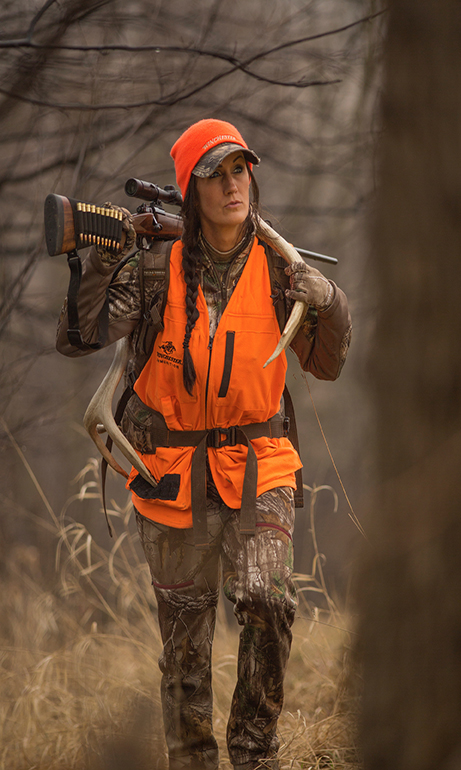 Don’t overdo it – Sometimes less is more when it comes to rattling bucks. When you do a sequence make it count, but then lay off for a while. Think of how a real fight goes down in nature and try to keep it as close as possible to that. I start each sequence by doing a couple soft grunts with two different grunt tubes. I think this is important because if there is anything close by you, can get their attention without the sudden and perhaps unexpected crashing sound of antlers. Next, I may add in a snort wheeze which can be done with just your mouth. In a fight, this is usually a sign of the last straw: one buck is letting the other buck know that a line has been drawn and if he keeps pressing…a fight will ensue. Next comes rattling. Get aggressive with this part! A big fight is breaking out so don’t just clang the antler tips together a couple times and consider it done. Make it real! Run around, hit branches, knock antlers into trees, kick up the leaves. Anything you can do to make it real will be beneficial, but don’t wander too far away from your gun and setup as you may need it fast! Do this for a minute or two, then stop and wait. Some bucks may come charging in – others may take their time, but realism is the key. Envision how it would happen in nature and then make it happen.