Maybe we can clear some confusion if we take a hard look at the old 300 Winchester Magnum and the newer 300 Winchester Short Magnum to gain a clearer understanding of what they do. First, both of these powerful magnum rounds exist for the extra reach and punch many shooters demand. North America and Africa harbor good to excellent numbers of large, tough, antlered or horned animals. 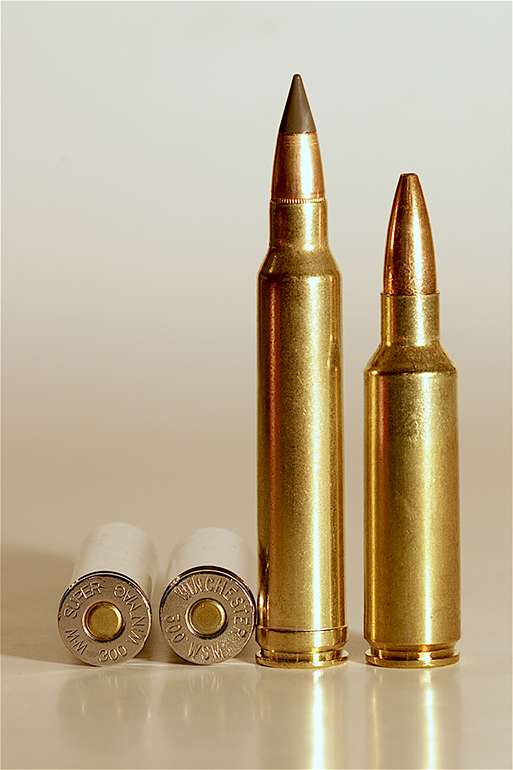 The 300 Win. Mag. is a classic “standard-length” cartridge based on the belted 375 H&H Magnum case. It fits actions designed for 30-06-length cartridges. The 300 WSM is a rebated rim, short-action round that fits 308-length rifle actions. It gets the necessary powder volume to make up for its shorter length via the fatter diameter body of its non-belted, 404 Jeffery-based parent case.

Look closely at those 300 magnum performance numbers and you’ll realize that in Winchester’s factory loads the new 300 WSM adds just 60 fps of muzzle velocity and 143 f-p kinetic energy. While that’s something, it’s not much. In my experience, I’ve routinely seen that much difference in MV from shot to shot with the same box of ammo in most rifles. Furthermore, I doubt any game struck fairly with either bullet will know the difference. Quite honestly, I don’t think they’d know the difference if hit with the 308 or 30-06. Given today’s superior bullets, penetration and expansion are excellent and consistent with all of these.

Why, then, the magnums? For some it’s the added comfort of knowing you’re hitting the big stuff with as much oomph as you can. This might not make a significant difference on a deer or elk shot broadside behind the shoulders, but it could make a significantly harder impression on a wounded moose or eland running straight away or a ticked off grizzly running straight at you. Combine either 300 magnum with one of Winchester’s tougher bullets like the Power Core, E-Tip or AccuBond CT and you’re maximizing penetration through the toughest hide, muscle and bone. 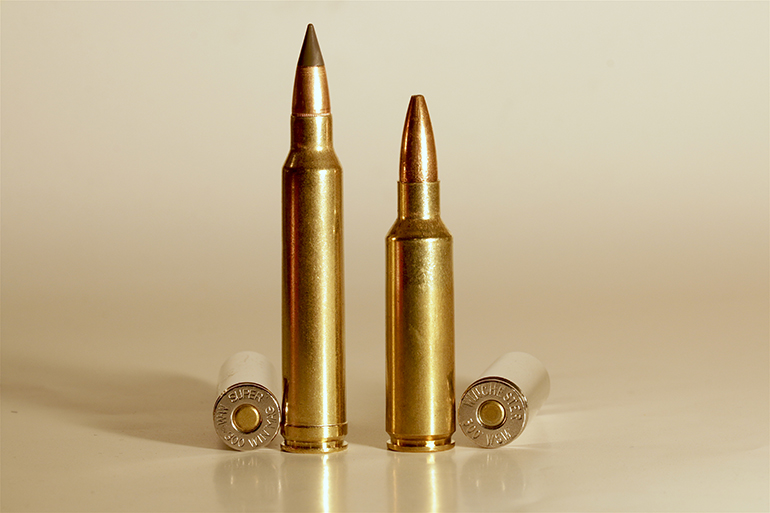 The other reason for 300 magnum velocity is reach. With a laser rangefinder, a memorized trajectory curve, and a ballistic reticle or dialing turret, today’s hunters can easily compensate for drop at all ranges. But if you prefer to set up for the versatile Maximum Point Blank Range system for quick targeting at unknown distances, the flatter trajectories of 30-caliber bullets at magnum velocities really pays off. Here’s what I mean:

If you launch Winchester’s 180-grain AccuBond CT at a 300 magnum MV of 3,000 fps and zero your rifle so no bullet arcs higher than +3 inches at peak trajectory, you would hit 2.6 inches high at 100 yards and 3 inches high at 140 yards. That bullet wouldn’t drop 3 inches below your point of aim until 300 yards, giving you a dead-on hold (for a 6-inch target diameter) from the muzzle out to 300 yards. That covers the majority of most hunting shots.

Clearly, Winchester’s 300 Magnums hold a big advantage for long range reach. But why two of them? Well, because we American’s like choices! Everyone knows you could survive on oatmeal and apple juice for breakfast every day, but some days you’d like grits and orange juice or even cold cereal with milk, right? Well, some 300 magnum shooters like a long-action rifle with 24-inch barrel, but others appreciate a short-action rifle. Shorter, slightly lighter, more compact, maybe a trifle easier and faster to handle. Why not?

Some hunters claim you can stuff more of the slimmer 300 Win. Mag. rounds into a rifle’s magazine, but both the Winchester M70 and XPR rifles fit the same number of cartridges of both these magnums. Some also say the WSM is a more efficient cartridge, burning powder more efficiently in a more compact space. Perhaps, but if Winchester’s loads are producing nearly the same MV for both, you’ll see no performance difference unless you’re a handloader. It is true the Win. Mag. holds slightly more powder than the WSM, but, again, no big deal unless you handload.

Truly, choosing between the 300 Winchester magnums comes down to the length and weight of rifle you prefer. If you like short, quick actions, go with the WSM. If the 30-06-length standard action works for you, stick with the old 300 Win. Mag. With either, you’re ready for just about any big game in the world.