Aging Bucks on the Hoof

Hunting season is in full swing (or will be for you very soon!), and harvesting bucks based on age is a practice that many of us like to implement at our hunting camps. Aging bucks on the hoof is a lot of fun and can turn into a fun game to play while hunting with others.

For me, determining a buck’s age beyond 4.5 years old becomes more difficult due to variations in genetics. Therefore, I am going to break down bucks into a couple different age groups: fawns, yearlings, 2.5 year olds,3.5 year olds, and 4.5 or older. Whether you are new to aging bucks or just want to brush up on your skills before heading to the tree stand, here are a few tips and body characteristics that you should pay close attention to.

Rule of Thumb: Ditch the antlers

It is easy for us to get caught up on antler size. We hunters often forget to take a look at the entire picture. When determining a deer’s age, we want to start by ignoring their antlers and take a look at their body characteristics. As a deer ages, body weight shifts making it easier to determine age. 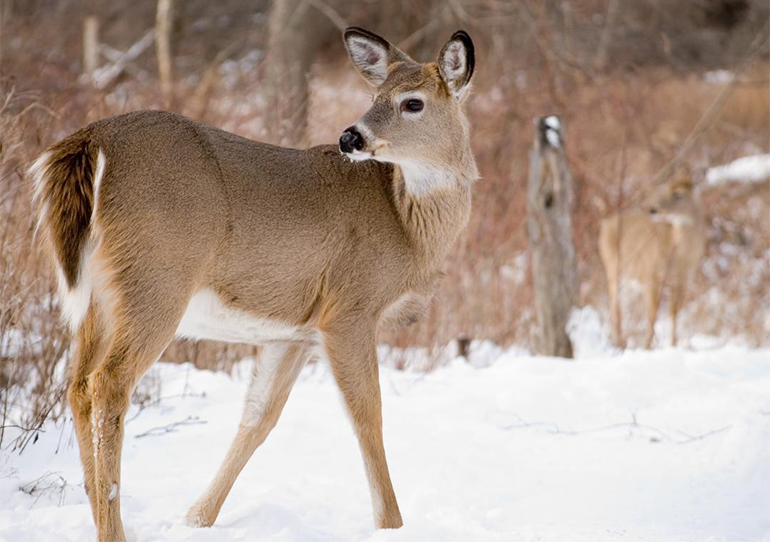 Fawns are easily identifiable from other age classes of bucks, but are often misidentified as does especially when they are roaming the woods by themselves. Fawns’ bodies are as long as they are tall making them appear to be a square shape. They have small short heads and relatively large ears. The easiest way to distinguish a male from a female fawn is to look at their heads. If their head is flat between the ears it is a buck, if the head is round between the ears then you are looking at a doe. 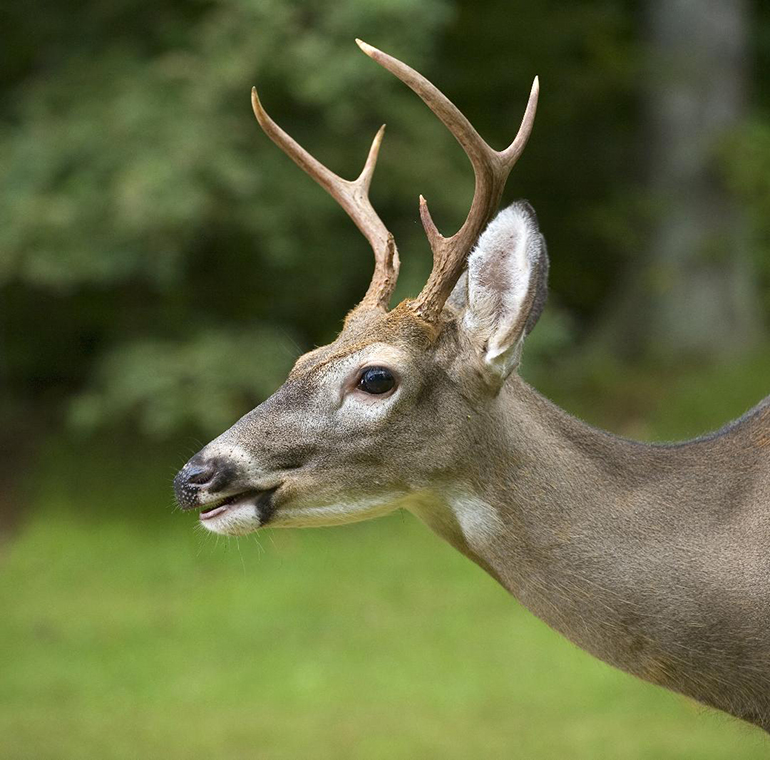 Most say a yearling buck can be described as a doe with antlers. Bucks this age are typically the easiest to age. At first glance they appear to be lanky and all legs. Yearling bucks will have a distinct line of separation between their neck and shoulders with little muscle definition and a thin waist. They will not have developed a swollen neck or the muscular features of an older buck just yet.

I know I said to ditch the antlers, but let’s be honest…head gear is what really gets us excited when we are in the stand! At this age, most bucks will nearly always have an antler spread less than the width of their ears. 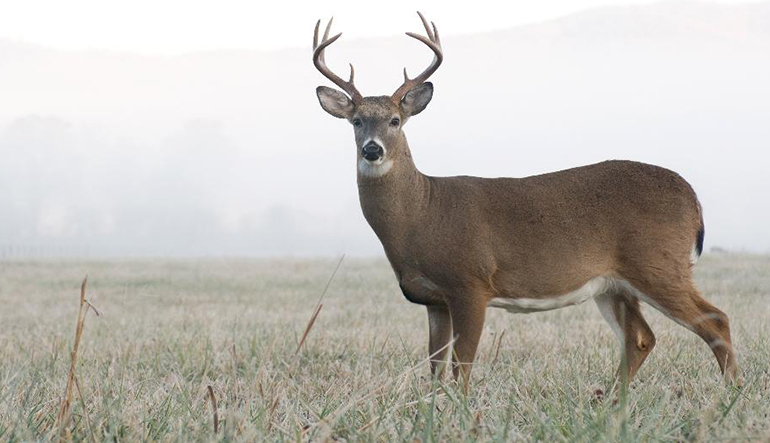 At this age bucks still appear to be all legs with a no sag in their belly, but they begin to develop some muscle in their shoulders and their necks slightly swell during the rut. Also with proper nutrition their antler spread can be equal to or wider than their ears, making you think twice. So, be sure to take a look at the bucks body to age them accurately. 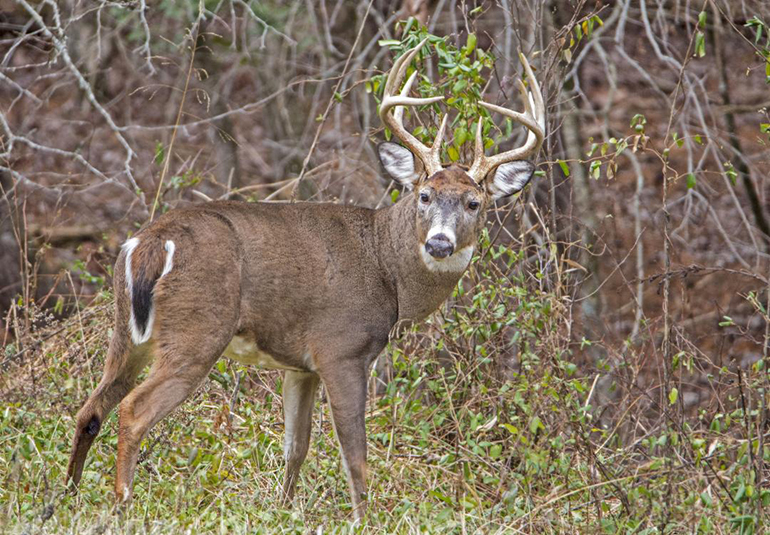 When looking at these bucks they may appear a bit front heavy as they typically sport a lean waist and muscled shoulders with a larger chest, and their neck will show swelling during the rut. If you look closely, you will still see a bit of a line separating their neck and shoulders. If you take a look at the tarsal gland, you will likely see quite a bit of staining. At this age most bucks have achieved 50-75% of their potential antler growth. 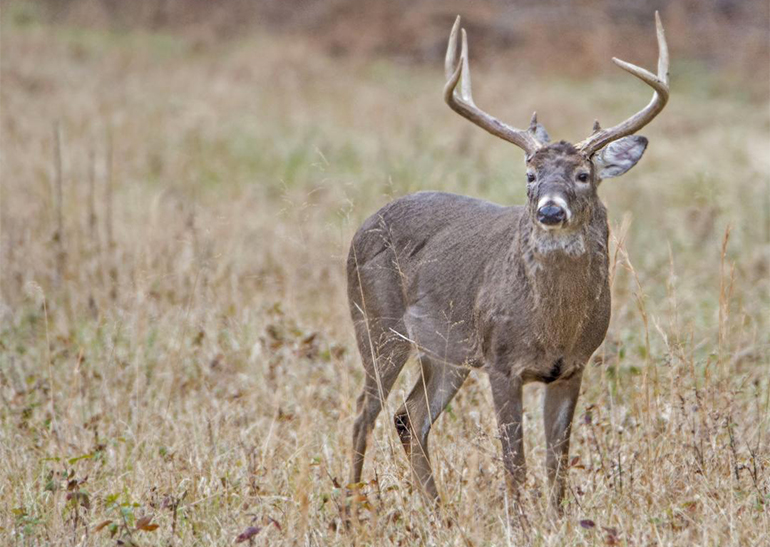 At 4.5 years and beyond, bucks are considered mature. At this age bucks have heavy swelling in their neck during the rut and the defining line between the neck and shoulder disappears and looks to be one mass. Their legs now look in proportion with their body and their waist drops to become even with their chest. Overall they will look balanced from front to back. If you take a look at the tarsal glands you will notice heavy staining. As they continue to age, their back begins to sway, waistlines droop, and their noses round out. In terms of antler growth, a buck’s largest rack will typically be grown between 5-7 years of age.

Aging bucks on the hoof is a lot of fun and a great learning experience! Remember, a buck’s appearance will vary depending on your region (for example a 5.5-year-old Texas buck will look much different than a 5.5 year old Albert buck) so be sure study up! After harvesting a buck, I like to look at the jawbone to see how close I was with estimating age!

Be sure to make lots of memories this season and good luck in the field!