Easy to Use and Super-Effective – the Winchester Ballistics Calculator

You may love your rifle and love to hunt with it, but if you’re not a died-in-wool “gun nut”, you probably don’t care about ballistics. So why waste your time with Winchester’s Ballistics Calculator?

Because it will make you a better shot. And it could save the day if you’re faced with a puzzling set of shooting conditions. Ballistic calculators are computer programs based on physics. Scientists have long known what happens to projectiles thrown through the atmosphere.

Gravity, air drag, air density, wind speed and direction, muzzle velocity, bullet mass and shape — all of this impacts a bullet’s flight, determining where it will land in relation to where you aim it. A ballistic calculator factors all of this stuff into complicated mathematical equations. All you have to do is enter some basic information like which Winchester load you’re shooting and at what range you’re zeroed. Then watch the magic. But don’t blink.

Winchester’s ballistic calculator does in a split second what no physicist can: it spits out where that bullet will land in 25-yard increments clear out to 500 yards. It also lists wind deflection, terminal velocity, terminal energy and time-of-flight at each 25-yard increment. This matters little if you’re shooting a deer 100 yards away, but it matters a great deal if you’re trying to hit one 300 yards away. In a light, 10 mph, right-angle breeze, for instance, Winchester’s wind defying 190-grain AccuBond Long Range bullet fired from a 30-06 Springfield at 2,750 fps will be deflected 4.6 inches from your point of aim. That’s enough to make a behind-the-shoulder shot into a paunch hit. Nice to know before you launch. 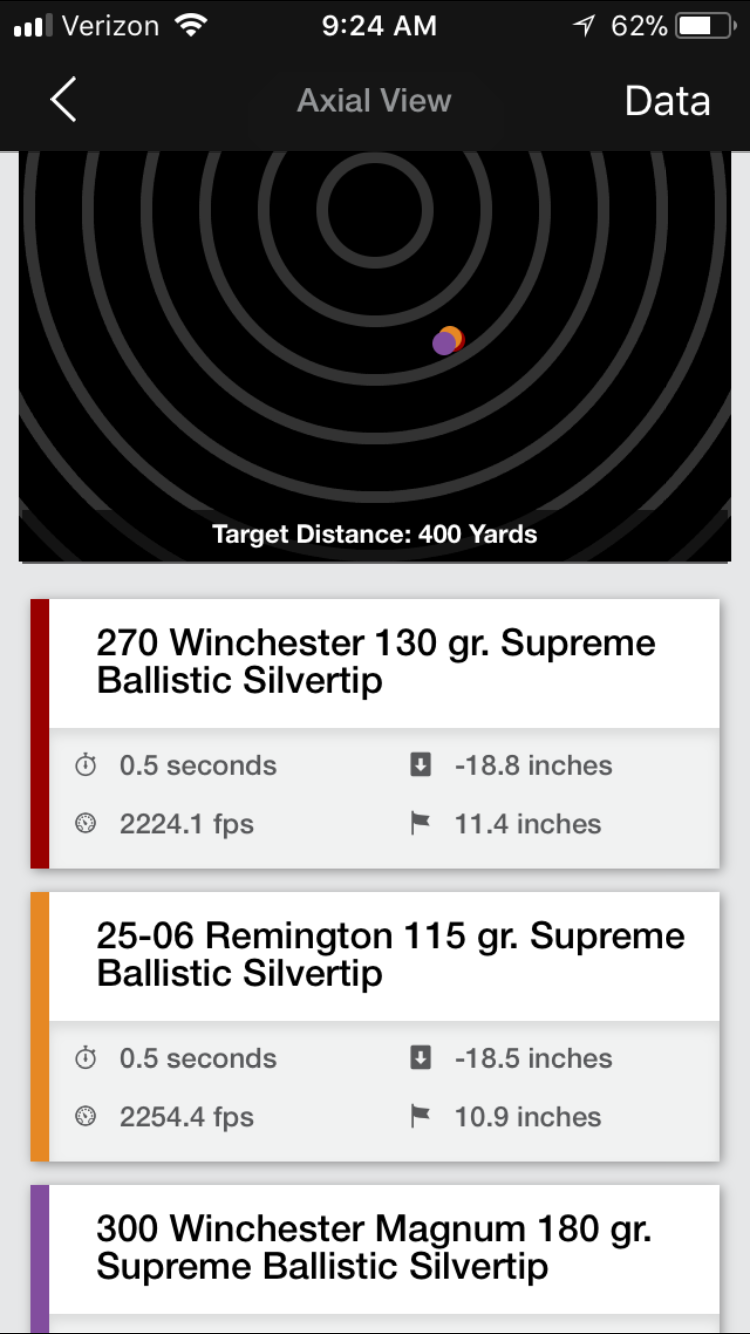 Winchester’s Ballistic Calculator can be accessed for free from laptop and desktop computers or as a phone app. The phone app is most useful because you can carry it afield and reference it when you really need it. For example, you may fully intend to restrict your deer shots to 200 yards or less, but then you spot the buck of a lifetime bedded at 275 yards. From benchrest shooting you know your 270 Winchester loaded with130-grain Ballistic Silvertips can keep all shots inside of a 4 inch circle at that distance. You have time to set up a solid, prone rest over your backpack, so the rifle is dead steady. But you’re zeroed for 200 yards and the wind is running about 20 mph. Where’s that bullet going to land?

While the buck’s snoozing, you can enter data into the Winchester Ballistic Calculator on your smart phone and discover that your 130-grain Ballistic Silvertip is going to drop just 4.4 inches from point-of-aim at 275 yards. A high shoulder hold should result in the bullet hitting the heart. As for that wind, it will deflect the bullet 10.6 inches at 275 yards. When the buck stands, facing into the wind, you just hold on the front edge of his neck and squeeze off the shot. Even if you called the wind wrong by 5 mph either way, that bullet is landing in the vital heart/lung region. 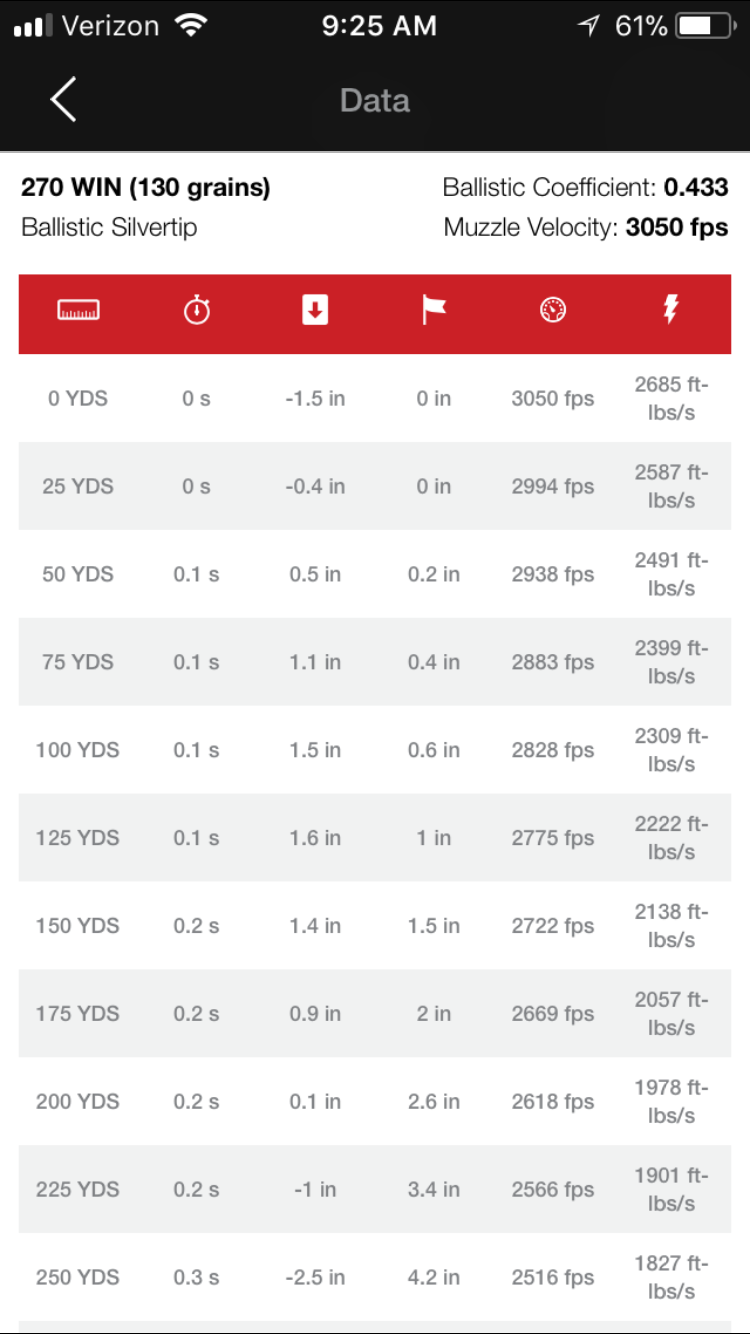 Should you find such machinations too risky, no problem. Don’t shoot. Or get closer first. Either way, the information the ballistic calculator provides is invaluable.

In order for this to work, you must make sure your chosen load shoots at the muzzle velocity Winchester advertises. Not all rifles shoot the same. Some increase muzzle velocity slightly, some decrease it depending on chamber dimensions and barrel bore tightness. Inexpensive chronographs can measure actual muzzle velocity. Buy or borrow one to discover what your rifle and load really do.

On and on it goes. The calculator includes data for Winchester handgun, rimfire and shotgun slugs, too. The more you research and work Winchester’s Ballistics Calculator, the more you learn about cartridge and bullet performance. And that makes you a smarter shooter.