Colder weather in January means it’s getting late in the waterfowl season for many hunters and ducks and geese get trickier to call into the gun.

Try some of these tips to end your season with a strong finish and make the most of those days in the blind.

Hunt Big Water—Smaller bodies of water are freezing up so ducks will head for larger rivers and lakes where water is still liquid. Hunt from a boat blind, set a layout blind on a sandbar or set up on a finger of land jutting into the body of water and set your decoys close.

Dial Down the Calling—Ducks have heard everything by this point of the season and will be suspect of excessively loud or aggressive calling. Call only when they are coming or when they are leaving and stay quiet as they circle checking out the source of the calling. 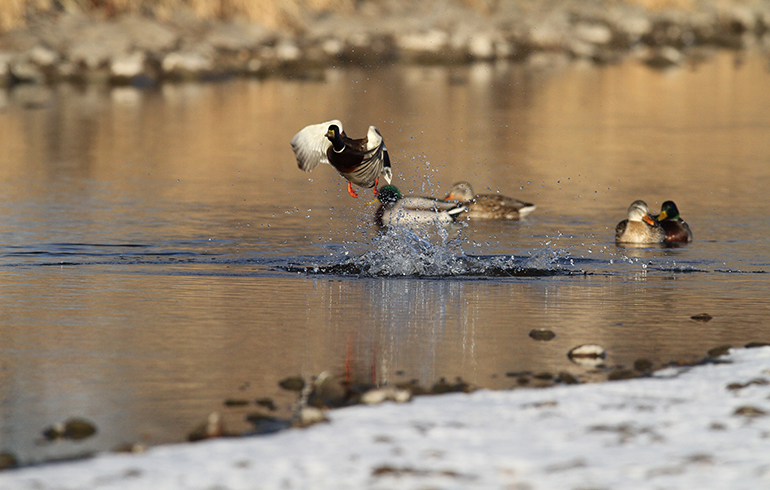 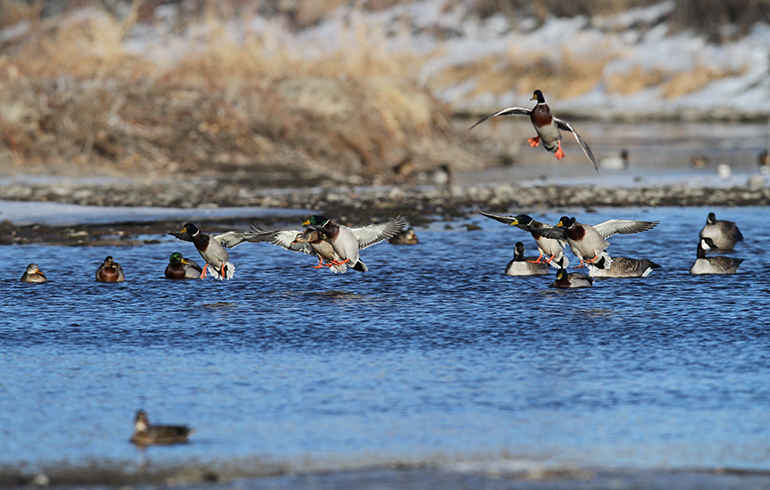 Choke Up—Go to a tight patterning full choke and use a premium long-range shotshell such as Winchester Blind Side as many shots will be at waterfowl passing your spread at range, but unwilling to commit to your decoys or calling. Be prepared to take the longest shots of the season in the final weeks.

Minimize Your Spread—More decoys isn’t necessarily better as at this time of the season, ducks tend to hang in smaller groups. Mimic this reality by using a smaller spread.

Keep an Open Hole—As the big freeze hits, ducks are looking for available water to feed and rest in. Be sure your favorite pond is open by breaking the ice and keeping it open and you’ll enjoy plenty of shooting action.

Go Small on the Spread—Just like ducks, geese have flown far and seen a lot by this time of season. They’ve also been shot at over a lot of large spreads, so just like with the ducks, go with a smaller spread to change things up and eliminate their suspicion. 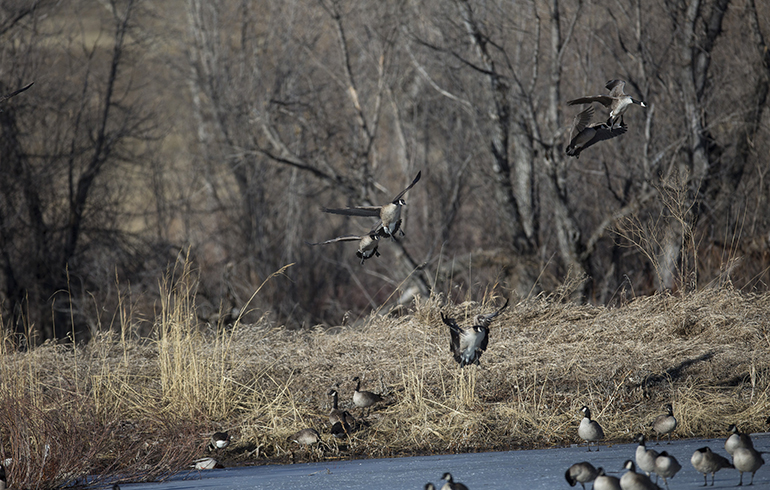 Rake Your Area—When geese, Canadas or Snows, feed in a field, they leave tracks and denude the landscape of vegetation. Mimic this look by raking the ground in and around your decoys to the bare ground. The added realism will bring them in.

Cover Your Tracks—Remember, geese literally have a bird’s eye view of the land around you, so be sure to cover or rake over those tire tracks and leave decoy bags, vehicles and other items stowed or parked far away from where you are actually hunting. The walking will do you good.

Cluck Them In—As with ducks, now is not the time to call like you are in a contest, as geese approach, keep it real by offering up a few clucks or long moans as they approach. Mimic what you hear them doing and no more. Less is more in the late season