Picking the Right Bullet for Your Type of Hunting

Riflemen put a lot of time and thought into selecting the right rifle chambered for the right cartridge and topped by the right scope, but they’re missing the whole point if they don’t pay equal attention to the bullet.

After all, the bullet is the reason for the rifle, case, primer, powder and scope! The bullet gets the game, does all the work. All the rest is just the launch pad. Fortunately, or perhaps unfortunately, ammo and bullet makers like Winchester have done the hard work for us. By testing and modifying and retesting bullet after bullet, they have freed us from even thinking about this critical ingredient.

We just buy a box with the bullet weight we like, shoot our deer and start wishing we’d sharpened our gutting knife since the last time we used it.

The wise shooters among us, however, pay more attention than that, and that can pay off. Truth be known, most bullets work well in most situations. But obviously, if manufacturers make a wide variety of bullets, it must be for good reasons. Let’s see if we can figure those out. 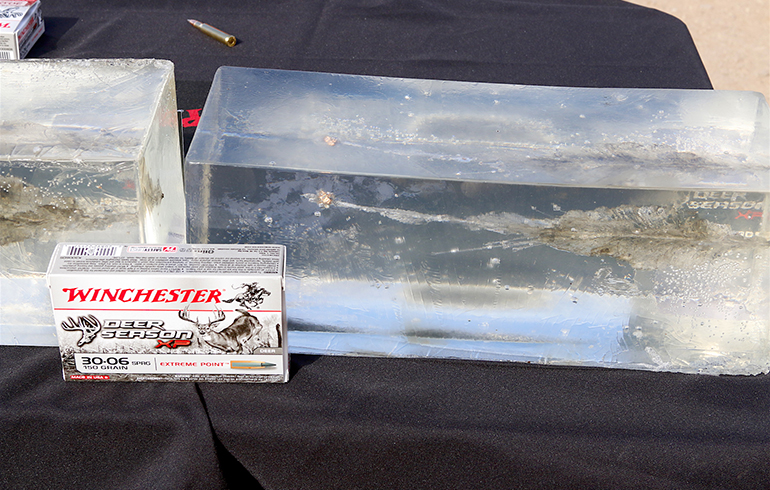 Bullets are designed in certain ways to enhance their ballistic performance; the way they behave in flight. Accuracy is the most important of these ballistic considerations, and it’s achieved by consistency in concentricity. In other words, bullets must be made with materials of consistent weight, thickness and integrity so they balance around their centers. Lead cores can’t contain air gaps. Jackets can’t be thicker on one side than the other. Polymer tips enhance this by resisting denting (deformation.)

Form or shape is a big part of ballistic performance. Bullets that are long, sleek and pointed resist air drag. This enables them to fly farther, drop less, drift less in the wind and retain more energy. If you want to shoot far, you’ll want a long, sleek bullet (like a Ballistic Silvertip) with a high Ballistic Coefficient. That’s a number that rates a bullet’s aerodynamic efficiency. The higher the number the better. This really begins to matter after 300 yards. 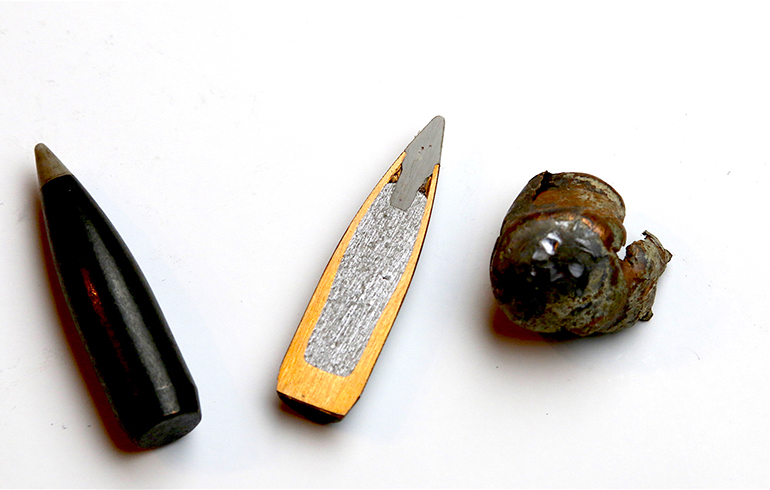 Flat-nose and round-nose bullets sacrifice ballistic efficiency for functionality and safety. Blunt noses are necessary in tubular magazines to prevent the potential for sharp tips resting against primers of live rounds ahead of them to function like firing pins during recoil. In revolvers, flat-noses are necessary to keep heavy bullets inside chambers so the cylinder can rotate. In pistols, short magazines mandate short, blunt bullets.

Another advantage to blunt bullets is straight line travel in game. In order to reach the brains or vitals of massive beasts like buffalo and elephant, heavy bullets in calibers such as 375 H&H, 416 Rigby and 458 Win. Mag. are blunt. Spire tips tend to deflect in tissue rather than plow straight.

Once your bullet “gets there,” ballistic performance bows out and terminal performance becomes paramount. The fastest, flattest, highest energy bullet doesn’t do much good on a brown bear if it disintegrates. But that would be perfect performance on a woodchuck or coyote. This is a huge part of bullet design and construction. Materials and the way they’re put together largely determine terminal performance. Sharply tipped, high B.C. bullets must be engineered with hollow noses or exposed lead noses or polymer tips that drive into the core to initiate expansion. Flat-nosed bullets loaded on relatively low velocity rounds like 30-30 Win. and 45-70 Govt. must have the right degree of softness in the lead combined with the right toughness and taper of jacket to maximize expansion. Sleek, pointed, high velocity bullets need similar treatment, but for potentially high impact velocities. They need to stay in one piece and not over-expand at close range, yet expand to increase wound channel at long ranges when they’ve slowed down. The right hardness, thickness and tapers become critical, and that’s what engineers tweak when fine-tuning Winchester bullets. 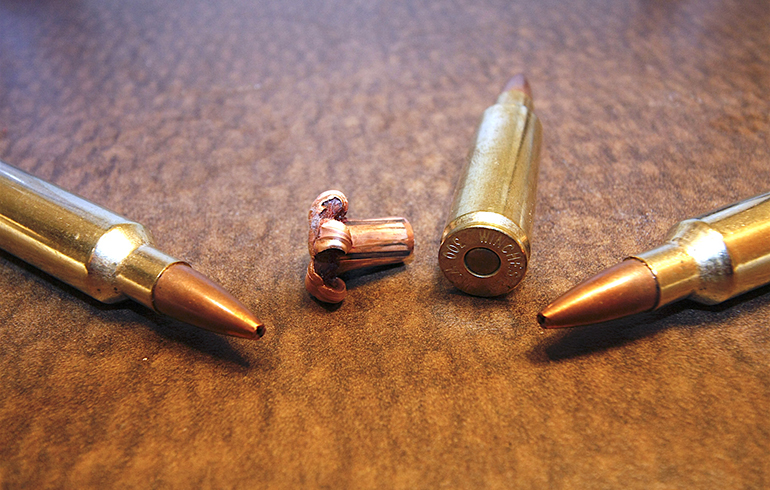 Again, Winchester makes this relatively easy by tailoring bullets to the cartridges they load. Obviously they aren’t going to put a flat-nose designed for the 30-30 onto a 300 Win. Mag. or vice versa. And they aren’t going to load a thin-skinned, frangible varmint bullet on a 338 Win. Mag. But they offer both in some cartridges like the 243 Win. and even 223 Rem. That’s because these dual purpose rounds are used for everything from rodents at long ranges to whitetails and hogs at 25 yards. There’s a big difference between a 55-grain Ballistic Silvertip (explosive) and 90-grain Power Core (deep penetration) in the 243 Winchester. It’s your job as a responsible hunter to study these bullets (details on each box, in the Winchester catalog and online at www.winchester.com) and choose according to your needs.

There are some general rules to help you choose among various bullet weights in all calibers. Given roughly the same shape (i.e. spire point or flat-nose,) the heavier bullet in a given caliber will carry more energy than the lighter one, drift less in the wind but drop more. The lighter one (if both are loaded to maximum potential, as they usually are) will shoot faster and flatter.

If both are made the same way with the same materials, the heavier one will penetrate farther. This is basic physics. More mass retains more energy and momentum. 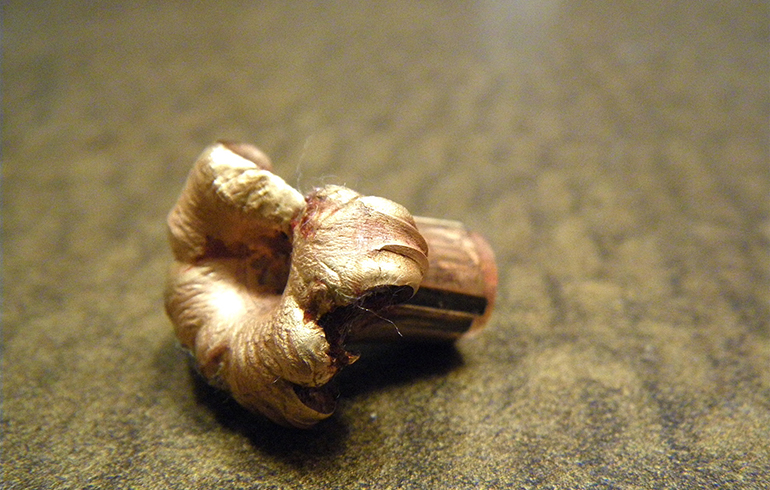 So, if you’re using your 270 Win. for a potentially long-range antelope shot, choose the 130-grain Ballistic Silvertip. If taking it for elk, switch to the 150-grain AccuBond CT or Power Max Bonded. If exterminating feral hogs, go with the deep penetrating Razor Boar XT. If picking off whitetails in a small green field from a blind, save money with the dependable Power Point in either weight.