A Perfect Christmas Gift for the Plinker in Your Life

Christmas break was the best of winter when I was a kid. Uncle Alvin would give me my smallest Christmas gift of the year, a box of 50 Winchester Super X 22 Long Rifle hollow-points.

Those, in turn, gave me days of hunting adventure you can’t tie a bow around or put under a tree. Cottontails in the woods. Fox squirrels raiding the corn bins. And — best of all — big, white-tailed jackrabbits racing over the pastures and cornfields. South Dakota’s winter landscape was the ultimate rifleman’s training ground, and those 22 Long Rifles made it all possible.

Today much has changed, but there is still Christmas and you are still allowed to present new shooters with gifts of 22 Long Rifle ammo. They can begin their own traditions of shooting squirrels and rabbits. And now they have even better cartridges with which to accomplish this — Winchester Power Points. 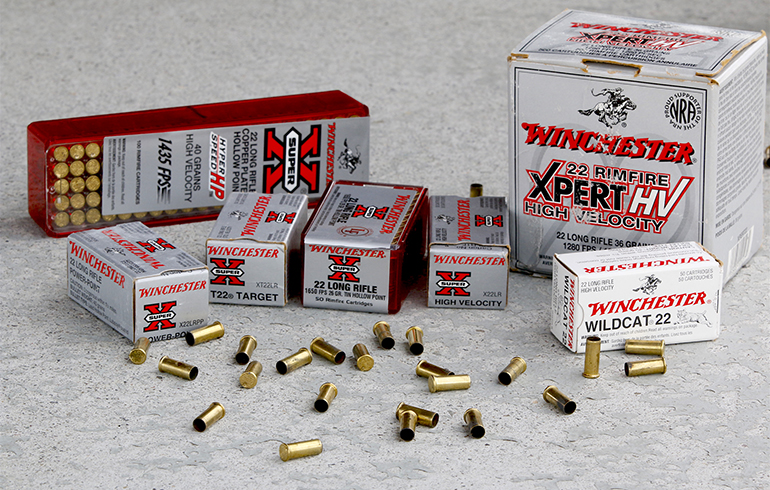 I don’t know exactly why, but Winchester’s inexpensive, 40-grain Power Point cartridges are the most consistently accurate I shoot in virtually every 22 rimfire rifle I try. With one popular autoloader I’ve put 10 Power Points into a .758-inch circle at 50 yards. A bolt-action regularly groups five shots inside a half inch. That’s as accurate as most Match Grade ammo shoots in that rifle. 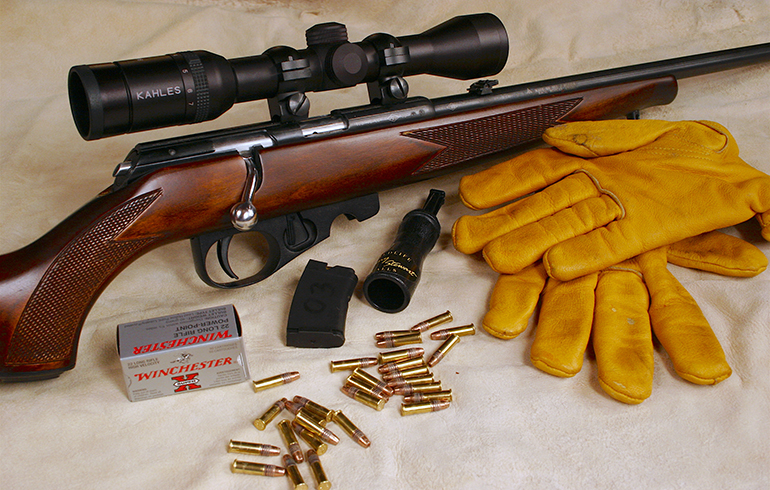 In addition to accuracy, Power Points provide plenty of punch. The Winchester catalog rates Power Points at an average muzzle velocity of 1,280 fps from rifles. I’ve chronographed them running 1,280 to as high as 1,307 fps. At those speeds those copper coated bullets generate about 145 foot-pounds of energy at the muzzle and 90 f-p clear out there at 100 yards. This positively anchors cottontails and fox squirrels and usually those big, 5- to 7-pound jackrabbits, too.

What all this means is I have a 22 Long Rifle load I can use for all occasions, everything from target shooting precision and casual plinking/training to the biggest small game animals. Out here in the Rocky Mountain West we can legally pot forest grouse with 22 rimfires. Those Power Points are so reliably accurate that I take head shots out to 50 yards if I can find a solid rest. But if I have to take a body shot, the slugs have enough punch to flatten the tasty birds with a high wing butt strike. Kind of nice using one load for everything. No need to re-zero between low-velocity target loads and high velocity hunting loads. 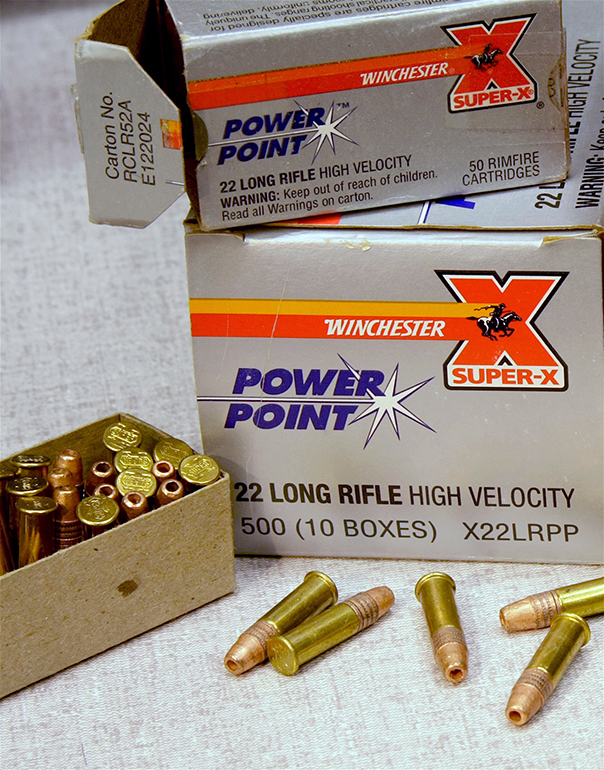 Building on the success of its original Power Point load, Winchester recently unleashed a new version called Power Point Max. It uses a copper plated, 42-grain, truncated nose hollow point rated 1,320 fps. This increases muzzle energy to 162 f-p and should be even more effective on those big jacks.

I haven’t tried the Power Point Max yet, but this is the Christmas season…