Coyote Control in the Sandhills

Now that most deer seasons have come to an end, it means winter has set in and its time for a little predator control.

It doesn’t matter if I’m calling bear, turkeys, elk or coyotes – I absolutely love it. Not only is it a lot of fun and usually quite easy to get access, but you’re also doing a big service helping keep things in check. The number of coyotes seems to be at an all-time high in many states and of course this has serious repercussions on deer populations.

Every spring you see coyotes on trail cameras carrying pieces of fawns and they have also been known to take down full-grown deer as well. It seems the worst is when we experience extremely deep snow making it difficult for the deer to run, but the coyotes can simply trot along the top without breaking through and quickly take down deer. I’ve seen packs of 4-5 coyotes surrounding deer and even the healthy bucks seem on edge. A pack of hungry coyotes can do a lot of damage to an already stressed out deer heard during the cold winter months.As far as coyote sighting throughout the season there were a couple places I hunted this fall that stuck out in my mind. South Dakota, Nebraska and Oklahoma. I saw huge numbers of coyotes in all the locations. I decided to bring my dad and brother with me to the Sandhills of Nebraska to hunt with my good friend Scott Kuhn of Deer Meadows Outfitters. I’ve taken some incredible bucks with Scott. He has a great camp, and I knew my dad and brother would also enjoy his company on the hunt. 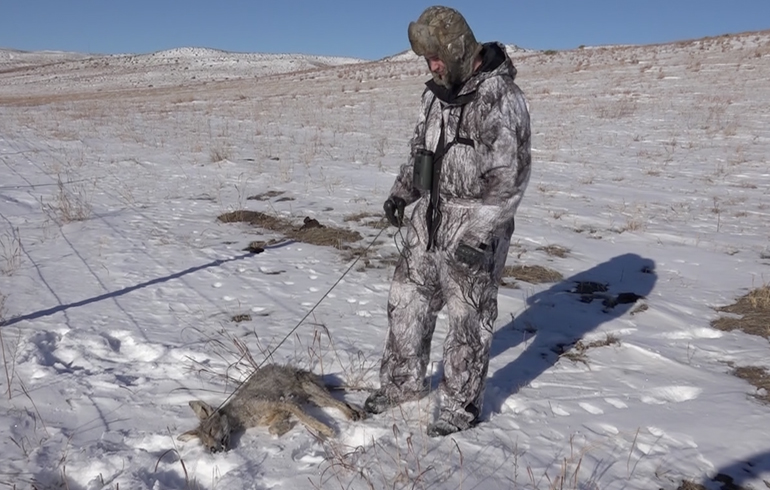 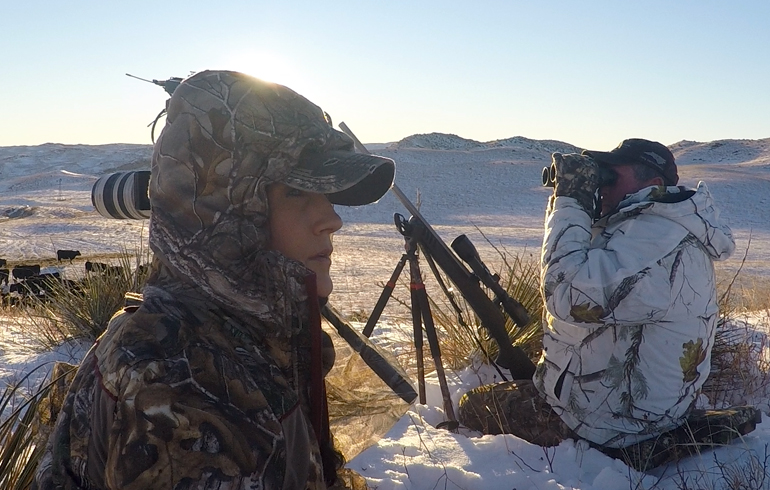 We were shooting the Winchester Varmint X .22-250 in a Model 70 Coyote Light, which has been my dad’s favorite caliber for predator hunting for as long as I can remember. We had a truck full of gear, food, snacks, and were ready for the long haul to Nebraska. 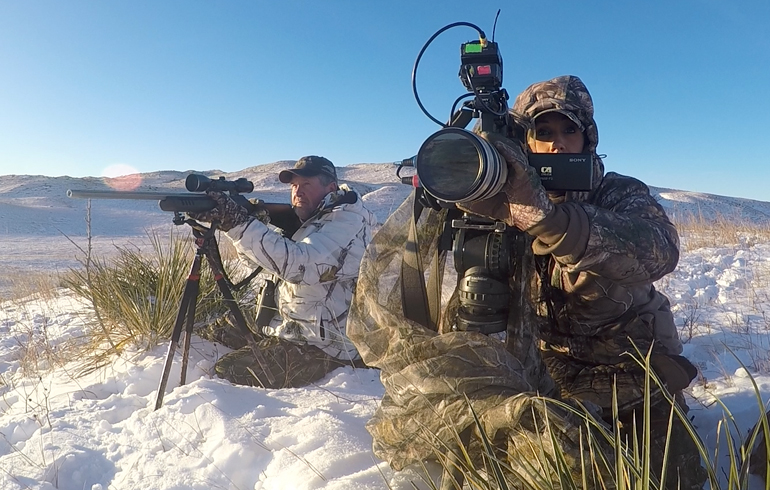 Scott’s number one goal is to keep his mule deer population healthy and thriving. Unfortunately the ever-growing populations of coyotes are a threat to young fawns in the spring. Our goal was to try and call in as many coyotes as possible. I’d be running the camera and my brother and dad would be shooting. We did various sets and were finding that the coyotes were not responding well to the calls. The weather was ideal but it seemed they had a lot of food still available, as there wasn’t much snow and a ton of rabbits still running around. 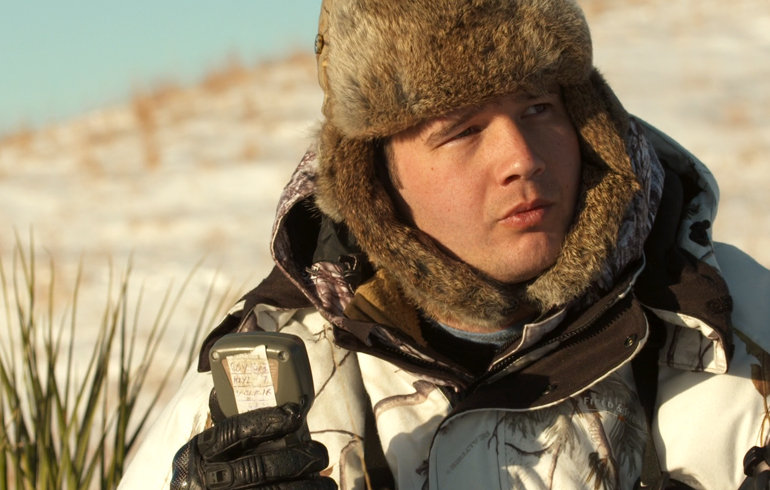 Another factor that’s always difficult when predator hunting is knowing just how loud your calls should be. Many people believe less is more, but it’s always hard to tell if you’re covering enough ground. Luckily for us in Nebraska, we had an easy way to figure this out. There are so many deer around that you could glass deer 5-600 yards off and see if they could hear the calls. If their ears perked up and you got their attention at least you know a coyote at that distance or further could easily hear your calls. It was just an easy way to try and judge how your far your sets were reaching. 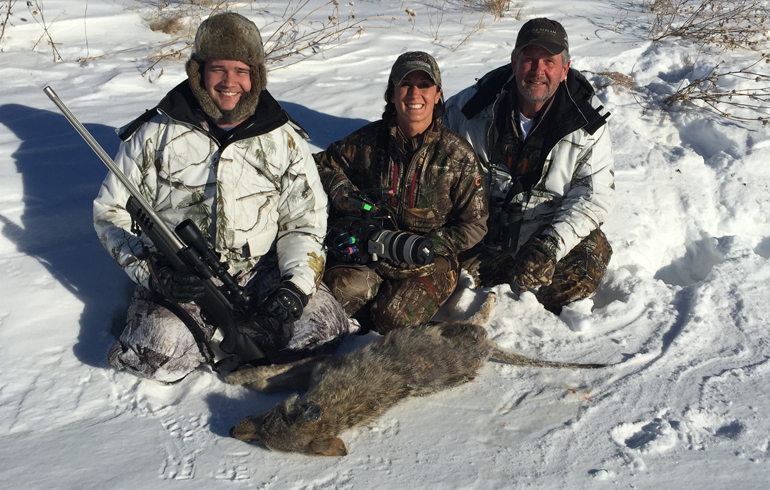 In the end we had a great trip and I really enjoyed spending time with my brother and dad. One of the coyotes we took had mange and probably wouldn’t have lasted the winter. He was constantly moving, running around and hungry. Unfortunately when the coyote populations get too large nature has a way of thinning them out and mange is one way. We joked around after the hunt that this picture looked like a cross between a coyote and a chupacabra!