North American Big Game – Is There One Perfect Caliber

With all the high quality and specialized ammunition today, is there a perfect North American big game caliber? Excuse the pun, but that is certainly a loaded question.

In my opinion the .300 Winchester Magnum is the closest thing to a perfect caliber for all North American big game as there is. My reason can be summed up in one word: versatility. The .300 Win Mag with a light 150-grain bullet such as a Power Core, PowerMax Bonded or Power Point can reach velocities of up to 3390 FPS and is a great round for wild hogs, pronghorn, Dall sheep, and all of the various deer species.

Shooting so fast and flat, it is a great choice for longer-range pursuits, and Winchester’s quality bullet offerings in 150-grain configurations provide maximum trauma upon impact. It is a pretty serious coyote round as well, but obviously a little overkill! 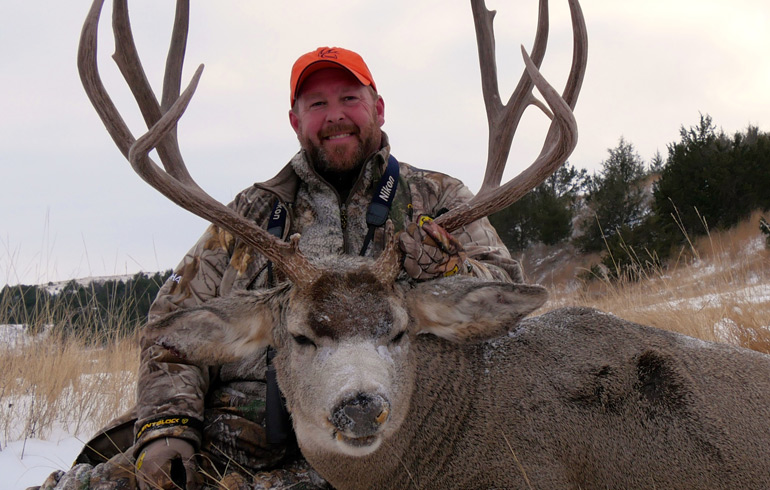 What I consider the workhorses of the .300 Win Mag line are the 180-grain offerings. The 180-grain Power Max Bonded is a great choice for 250-350 pound northern whitetails and mule deer, and moving up to the 180-grain Accubond CT, I am comfortable hunting anything in North America.

My all around favorite load for everything is the 180-grain Accubond moving at 2950 FPS. This round is incredibly accurate with its 0.509 ballistic coefficient, has great controlled expansion and deep penetration. It has been my go to round for years on everything from big-bodied mulies, to elk, to mountain goat and grizzly (and a plethora of international species on 3 other continents).

Likewise, but perhaps a little more suited for even larger animals such as the huge Alaskan-Yukon moose or giant coastal brown or polar bears, the lead free E-Tip really shines. At 2950 FPS, this load hits like a hammer and has delayed controlled expansion and incredible weight retention. On animals over 1000 pounds, having a load that holds its weight and penetrates very deeply is of the utmost importance. If you can put a hole through both lungs of the largest brown bear, he is going down in a hurry no matter what you used. If you only penetrate one lung, you have a large and angry problem. The E-tip was designed especially for locations where lead bullets are illegal, but I have tested it on a lot of big game worldwide, and it is one tough, accurate bullet.

One last thing that I will mention is recoil. I find a .300 Winnie very comfortable to shoot, especially when pursuing the really big animals like elk and moose compared to larger calibers that may be used for these hunts. If you think the .300 is a big caliber and you are worried about kick, just go compare the ammo to a .375 H&H or a .416 round, and you will love your “little” .300.

If I had to own only one rifle to hunt everything in North America it would surely be the .300 Win Mag. It is a fantastic all around caliber and as close to perfect as I think we could ever hope for. That being said, I am glad I live in a country where I can own more than one rifle, so I can shoot my favorite .22-250 for coyotes, .270 for deer, .300 for elk, and .338 for moose. After all, variety is the spice of life!