I tagged a five year old buck November 22. I named this buck Butterbean based on trail camera pictures a year ago. This buck had the largest body of any buck at my place.

I feel certain he weighed well over 200 pounds based on this image and known body weights of other bucks I’d harvested at my place. Most of the does are bred between November 8th and 20th or so in this area.

Bucks tend to be extremely active during the later portion of the pre-rut and when a majority of the does are receptive. 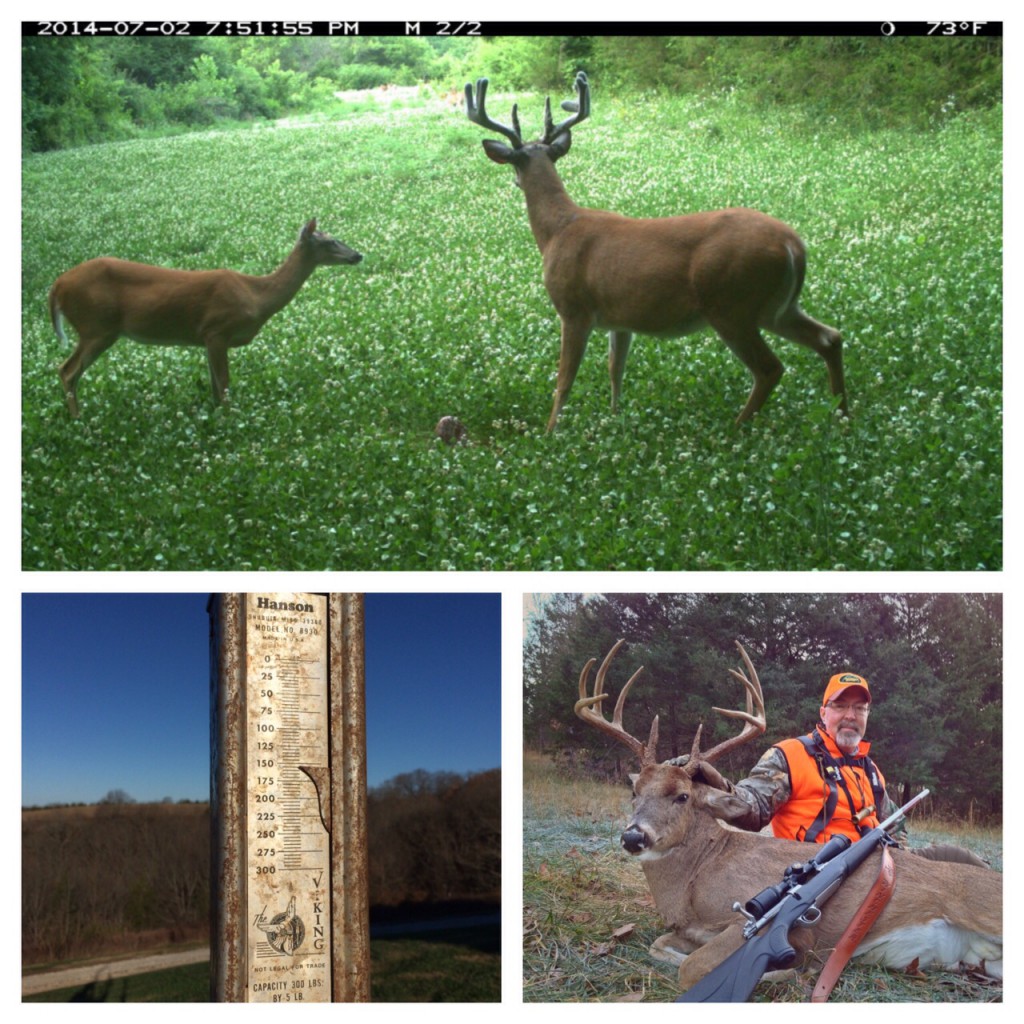 The name Butterbean seemed ill fitting when I finally grabbed his antler and started dragging him toward the truck. Butterbean pulled easily! I could tell by looking at him he’d lost some weight. However, when I checked his weight (before being gutted) I was a bit surprised to see the scale stop at 154 pounds!

I shouldn’t have been surprised. While I was a wildlife management student at the University of Georgia there were bunches of deer in the research pens. For one study there were three mature bucks and three does in each of three one acre pens. These deer were part of a study to determine if antler size or body weight determines dominance. The bucks had free access to all the high quality feed they could consume. They only had one acre to roam and there were only three does available to chase and breed. There were no predators (two or four legged), no vehicles, etc.

Even in this cushy environment these bucks still lost approximately a third of their body weight during the rut. Imagine the cost of reproduction to bucks living in the wild. It’s no wonder Butterbean was so easy to drag.

This is a prime reason to make sure enough does are harvested so that there’s a balanced adult buck to doe ratio and enough quality forage that bucks have ample food to regain weight after the rut and before harsh weather conditions.

Dr. Grant Woods
Raised in the Ozark Mountains of Missouri, Dr. Grant Woods has consulted on wildlife research and management from Canada to New Zealand. A hunter since childhood, he not only knows how to grow big deer, but how to effectively hunt them as well. His work serves to improve deer herd quality and educate hunters about advanced management techniques.