Spending a week in the backcountry of Alaska is one of my favorite possible hunting trips.  However, I found one way to make it even better.  Bring family.

On this black bear adventure in Southeast Alaska, I decided to bring my dad along for the ride and he was up first. The way we were going to be hunting was primarily from a boat looking for south facing grass flats where fresh & tender green shoots of grass would first be popping up.

This is where bear usually come right after crawling out of the den to get their digestive system going. Our plan was to stay mobile and watch several of these grass flats waiting for a big old bruiser to step out. After some time glassing we spotted a smaller bear come out onto a flat, however it seemed extremely nervous. 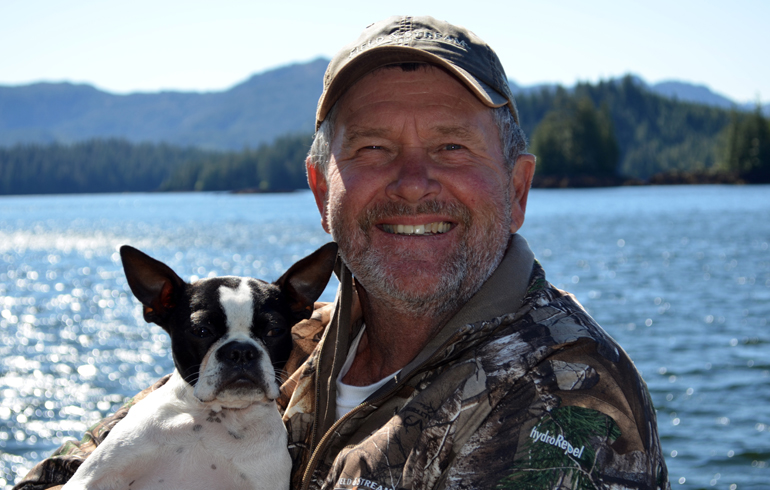 The bear kept looking over its shoulder and didn’t stay long.  What it did though was get us ready for what was hopefully to come.  Many of these flats are areas that become very territorial for big bears, so when little ones come out they are nervous to be entering another boars turf.  This was a perfect example and we knew there had to be a bigger bear somewhere nearby after watching the mannerisms of this smaller bear.  With all this activity going on we decided to focus our attention on this flat and just wait it out from a good vantage point on shore. 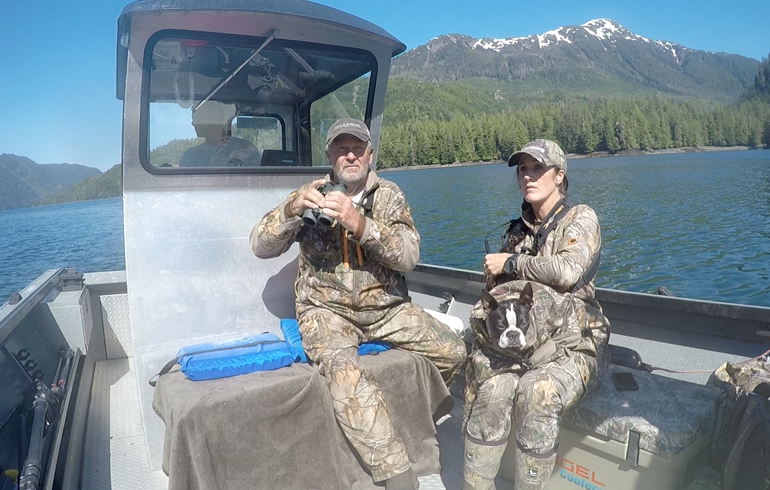 It wasn’t long after setting up that we spotted a huge bear step out onto the flat that looked to be the dominant bear of the area.  He wasn’t looking over his shoulder, wasn’t nervous, and looked like an absolute tank.  We intentionally setup a ways off the flat to get a good view, but now as we were watching this bear at 400-yards we knew it was time to make a quick game plan.  We weren’t as worried about the bear quickly going back into the thick brush, but more about the rapidly changing tide. 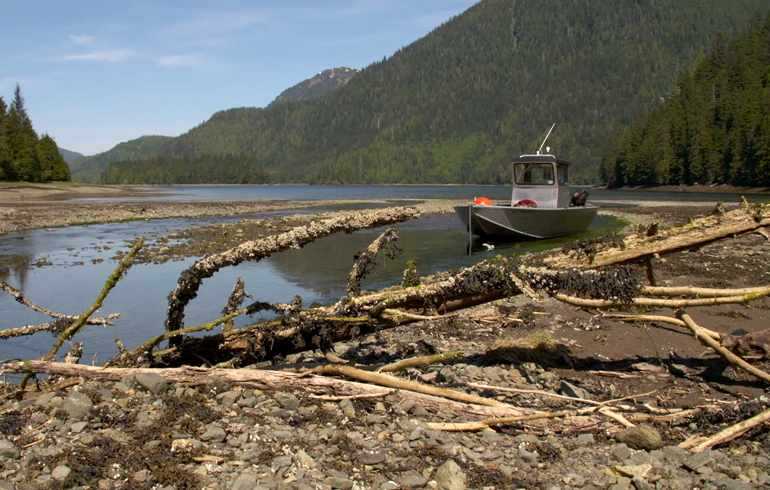 Southeast Alaska pushes anywhere from 18-24 feet of water every 6 hours so it feels you’re in a constant battle with the changing water.  If you’re not careful your boat can be up on dry land after only a short stalk, and that means you’ll be waiting well into the night before the water comes back up allowing you to leave.  With this in mind, we knew we didn’t have much time but headed into the thick timber to cut the distance.  The weather was beautiful, but a little warm for the pace we were going.  After a 300-yard stalk through the trees we popped out within close shooting distance from the big boar.  My dad belly crawled up in front of me to get to a downed tree so you could shoot prone.  As we were getting into place the bear actually decided to lay down right on the flat.  This turned out to be a good thing as it gave us all time to catch our breath, slow our heart rates down from the speedy stalk and prepare for the shot.  Usually you’d have all the time in the world, but as we sat there waiting for the bear to stand the water was rushing out fast and I knew we were down to only a minutes left. 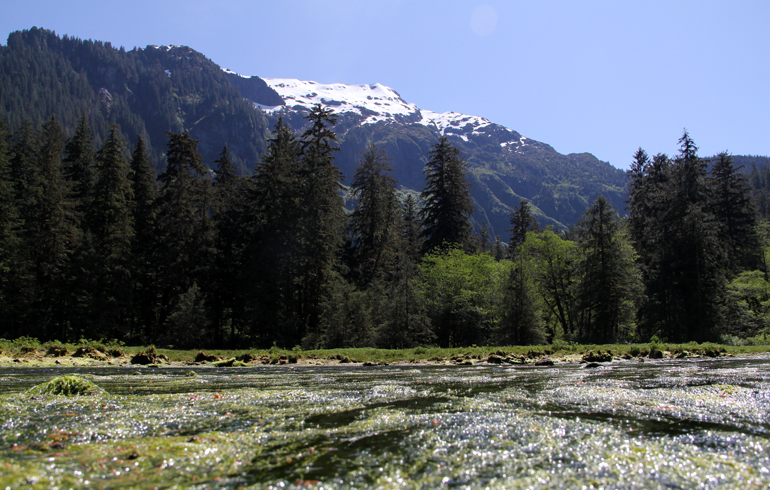 About that time the bear got back on his feet, my dad settled in, and dropped this big boar right in his tracks!  He was shooting my Winchester Model 70 SS Extreme Weather in a .300 Win. Mag with 180-grain Ballistic Silvertip.  One shot and this bear dropped right where he stood and we were all so excited.  It had been such a great stalk, the anticipation, and my dad made a perfect shot.  As we hugged on the beach we also realized we had to get to the bear fast, and hope our boat wasn’t already out of the water!  Luckily everything worked out perfectly and we were able to get out with just a small amount of pushing.  This was truly one of those memories that will last a lifetime. 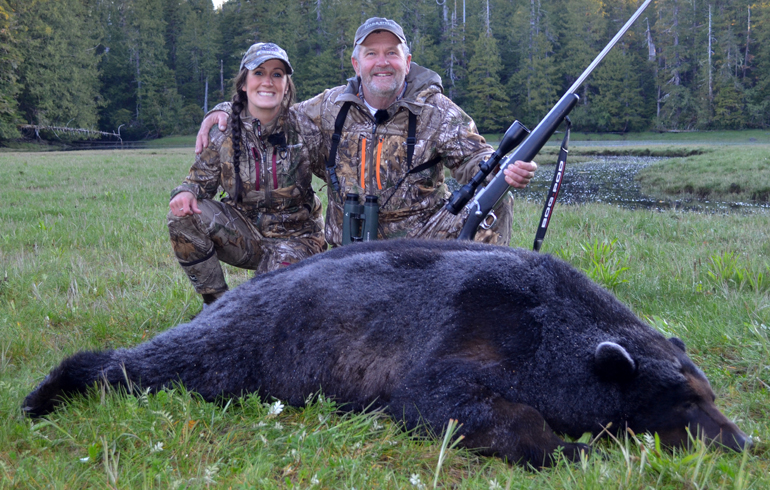 So often things don’t work out as planned, but I was so happy that everything came together for my dad and for me it was just such a nice way to spend the day.  With family, friends, in beautiful Alaska with a giant bear down.  Can hardly beat that!