Outside of the awesome shooting action, one of the biggest attractions and biggest surprises of the event was the revamped Winchester retail outlet. Winchester has leased the space and had a brick and mortar store at the National Shooting Complex for more than 25 years, but in that time, had never been remodeled. That is until this year.

Dana Humke, event marketing specialist for Winchester, was given the green light last year to lead the effort to update the old, dark-paneled look of the store and turn it into a brighter, more modern retail establishment.

“The store had dark red fabric walls, dark paneled wood, it had no shine to it,” says Humke. “It was very old.” 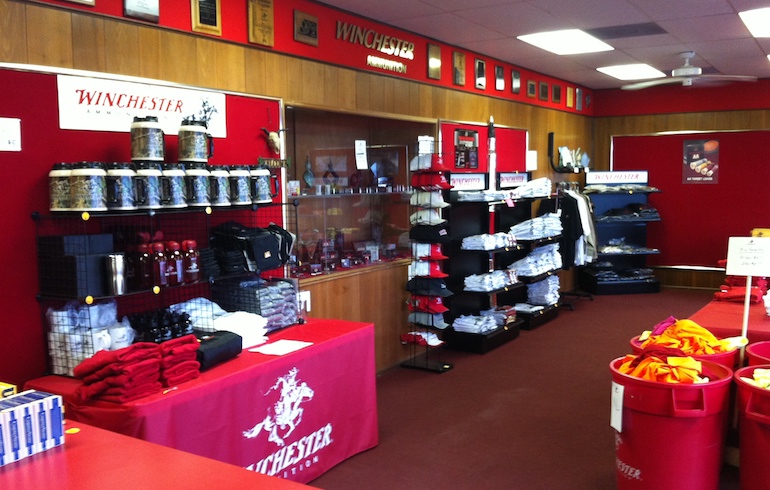 Bob Chestnutt and his company, Reliable Electric Company began work back in the fall to get the updated looking store ready for the event. In addition to repainting the walls, installing new flooring, redoing the electric and duct work and installing new furniture an old display case was refinished and modified to serve as the centerpiece of a new lounge area holding a TV surrounded by sofas so shooters can relax and hang out.

To Humke, that was a big reason for making the change.

“We wanted to make it the type of place somebody would want to hang out in and shop rather than somewhere you want to just grab a t-shirt and get out,” she says. “Texas loves guns and they do gun events right. It is a very well attended event and it was worth it to make the store somewhere people want to come. People were really surprised and seemed to be really pleased with the new look.” 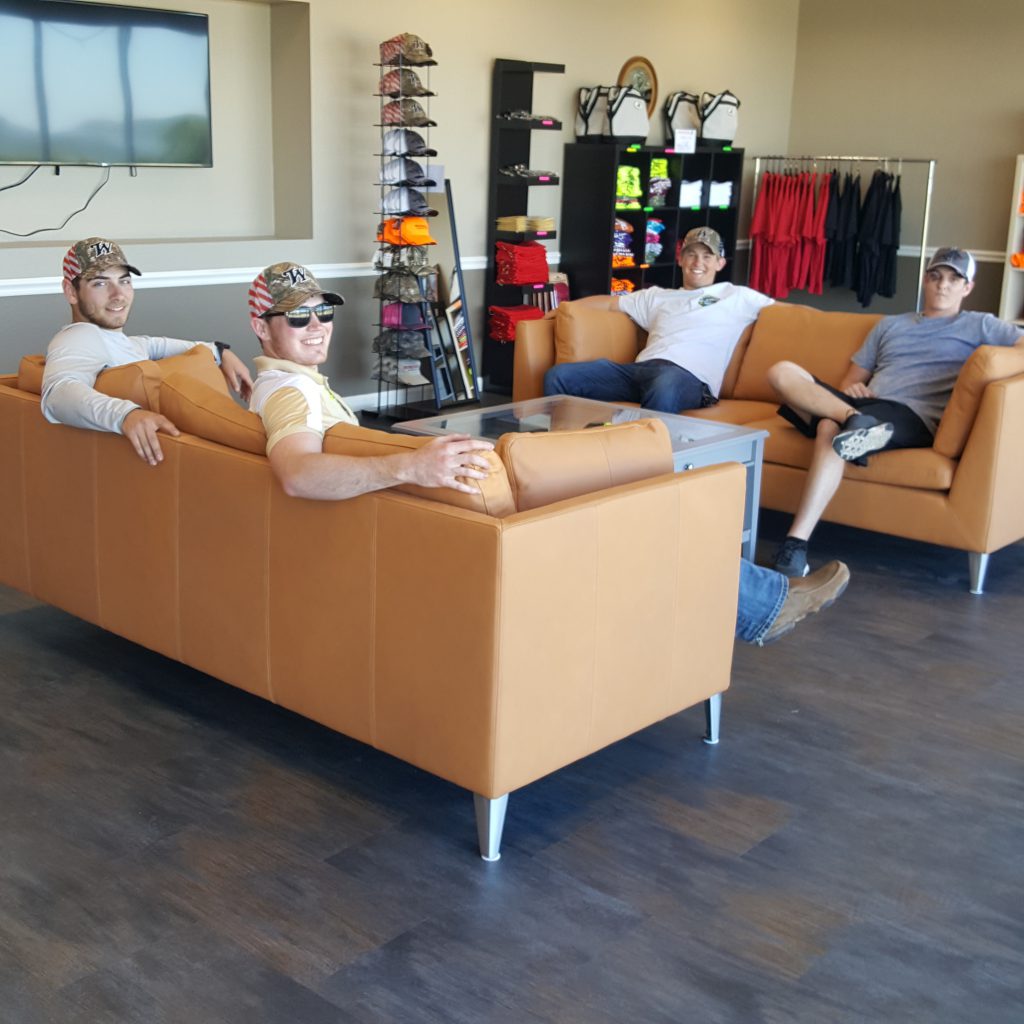 The store is open during all major shooting events at the complex and features Winchester apparel, ammunition, shooting apparel and gear, gifts and other Winchester logoed items.