If you’re a hunter, but you think summer is only for fishing, camping, golf and barbecuing in the backyard, think again.

Sure, you can still enjoy all of those fun activities as well, but there is no need to leave your shotgun or rifle neglected in the gun safe, just waiting for the fall to return. There are still ample summer hunting opportunities out there as long as you don’t mind the heat and insects. Here are some of the top hunting opportunities you will find, many in a location near you.

Hogs – Probably the best year-round hunting activity available. Considered a nuisance species in many places (particularly throughout the South) limits are liberal if not downright nonexistent and in places like Texas, you can beat the worst heat by hunting at night. In fact, when it comes to night hunting hogs, you can add a dimension of fun to your trip by employing tactical rifles as well as night vision or thermal imaging. The end product—a hog on the ground—is some of the best eating to be had in America’s woods as well. Ammo Recommendation: Razor Boar XT 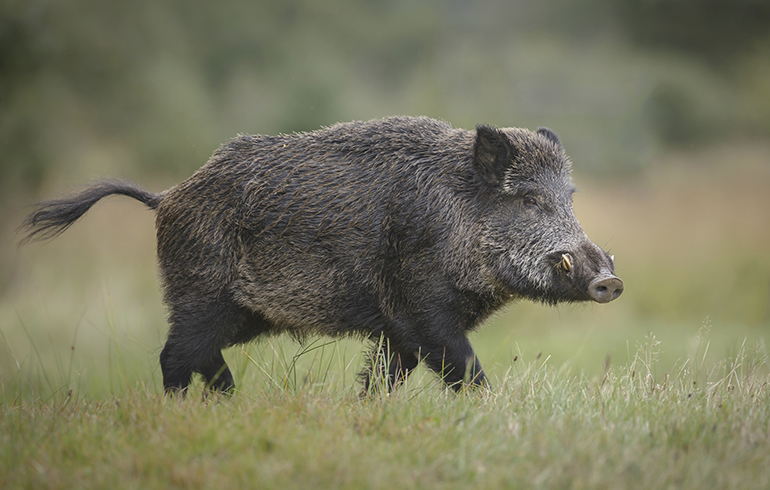 Coyotes – Found in pretty much every state now, coyotes have claimed territory where howls were once never heard. With their predatory appetites for whitetail fawns and other young game animals, they are quickly becoming Public Enemy No. 1 to a lot of hunters. What better reason than to go out and do a little predator management than to spend a day (or night) with a flat-shooting rifle or in the East, a tightly patterning shotgun? Night hunting when it is cooler is an option pretty much anywhere coyotes roam. No seasons and no limits (except in Massachusetts) would make this a hunting free-for-all if it wasn’t for the super challenging effort to call dogs in and properly dispatch them. Ammo Recommendation: Varmint X, Varmint HV

Squirrels – Many states permit the hunting of squirrels not just in fall and winter, but in summer too. Kentucky, Virginia and others allow rimfire fans to engage these abundant targets in the leafed out environs the woods present at this time of year. Talk about upping the challenge on delivering pinpoint accuracy. Try hitting a chattering bushytail high up in the canopy of a hardwood. It’s a fun time and a low-pressure hunt. It’s still great for the kids at this time of year too if the insects aren’t too bad. Ammo Recommendation: M-22

Prairie Dogs – This isn’t so much of a hunt as it is a shoot, but it is a test of both marksmanship and long–range shooting in most situations that results in fun times with shooting with buddies over a large prairie dog town. No need to camo up, sneak around or even get uncomfortable. Many hunters will even set out shooting benches or tables, canopies to keep them out of the sun and have a cooler with ice cold sodas and water at hand as they sit back and wait for the targets to appear. This is a great activity for tactical rifles as well as dialed-in bolt actions. Ammo Recommendation: Varmint X