It was little more than 20 years ago that the Atlantic Flyway was closed down temporarily to Canada goose hunting because it was feared their numbers were too low. It didn’t stay closed long and for good reason.

The Canada goose population in the East and across the rest of its migratory range has exploded. Not to the point of snow geese, but certainly, what they tend to call “resident birds,” those that have adapted to staying put in areas of warmer weather and abundant food and nesting conditions, are quite plentiful.

A drive by any golf course, shopping mall green space or public park will provide all the anecdotal evidence you need to confirm goose populations are thriving just fine. In fact, so many geese had taken over one Virginia Beach, Va., neighborhood where hunting wasn’t practical so government trappers stepped in and euthanized 103. Indeed, they are so plentiful in many areas, that a number of states now offer an early resident goose hunting season before the migrating birds start hitting the airways. For waterfowlers looking to squeeze the trigger on some Blind Side shotshells before October/November duck and goose seasons, these early seasons, typically coinciding with the start of dove seasons, is a golden opportunity. Take advantage of this time to be in the field and keep the following tips in mind.

Scouting is Key – Geese at this time of year spend the day in cut crop fields where they can hammer waste grains and prepare for the coming winter, even if they don’t plan to go any further than the local Target parking lot in nearby suburbia. At this time of year, they are creatures of habit and will hit many of the same areas as they fall into a feeding routine. That said, they will also hop to newly cut fields, so it pays to be ahead of the curve on the harvest cycle and the flight patterns of the geese in your area. The geese haven’t been shot at yet, so they are pretty relaxed. If you see them coming to a field one day, odds are they will be there the next. Find the field where they are going and get there to set up early. Be sure to note how they prefer to enter the field and where they tend to hang out when there. You are better off meeting their habits than trying to call them away from where they want to go. 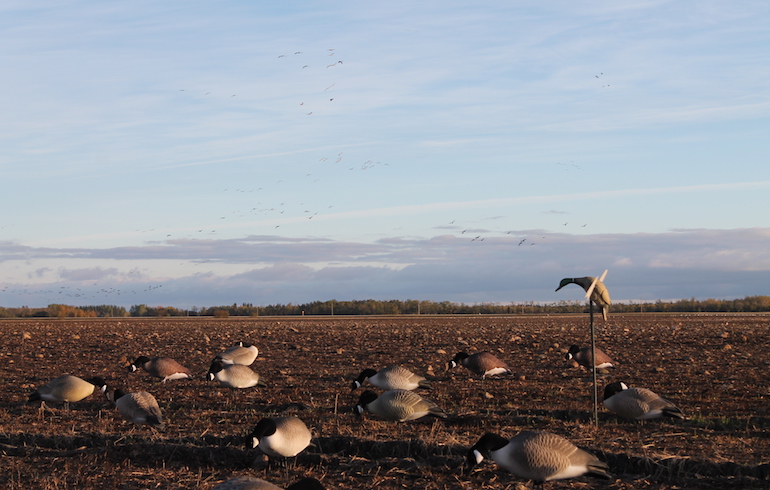 Be a Minimalist – As creatures of habit this time of the year, geese are going to go where they want to go. That means less calling and even fewer decoys are the way to go. Too many decoys, it won’t look natural to the geese. They are in smaller flocks this time of year, so too many dekes could alert them something isn’t right. Toss a dozen or less out, set up where they typically land and be ready to shoot when they arrive. 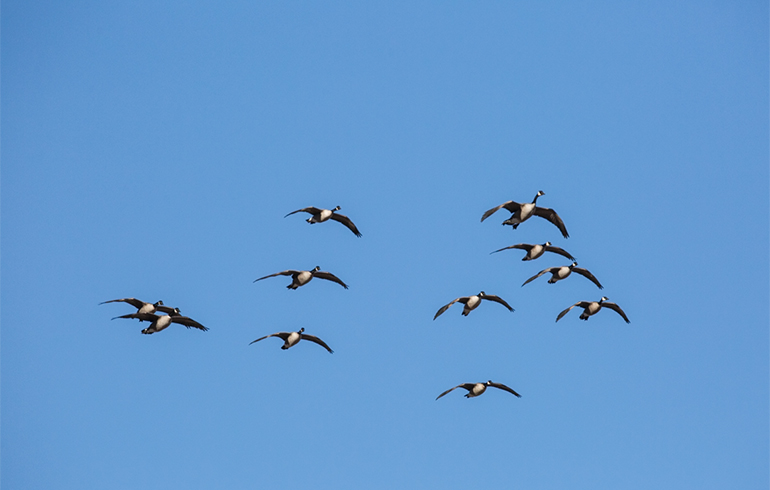 Keep It Open – No need to go with a full choke this time of year if you have scouted your areas and are set up right. Stick to a more open Modified choke for the closer shots and combine it with a naturally tight patterning load, such as Winchester Blind Side in BB shot size to compensate for shot density and those rare shots when you will have to reach out a little farther than planned. It gives you the best of both shooting worlds and will accommodate for probably 90 percent of the shooting you will experience during early goose season.